The goal of the Southeast New England Marina Trash Skimmer Project is threefold: reduce the amount of marine debris entering local waterways in the region; bring awareness to the types of debris and potential sources; and promote environmental stewardship among both residents and tourists.

Marina Trash Skimmers have successfully been used around the U.S., including four in Rhode Island, and are a highly effective method for removing marine debris in harbors, marinas and waterfronts. What makes Marina Trash Skimmers such a valuable tool in mitigating the growing issue of plastic in our oceans is that they offer the last line of defense to capture debris that is getting washed off our streets and waterfronts before it is swept offshore.

A Marina Trash Skimmer operates essentially as a large, industrial sized pool filter, filtering water 24 hours a day – capturing floating debris and absorbing surface oil and other contaminants. Marina Trash Skimmers need to be emptied regularly, therefore contents collected can be analyzed to better understand what debris is most prevalent in each location and identify potential sources of pollution.

Clean Ocean Access has successfully installed four Marina Trash Skimmers in Rhode Island in partnership with the City of Newport, Sail Newport and New England Boatworks. Building off their success since 2015, Clean Ocean Access has now to assisted other coastal communities throughout the Southern New England region to implement this technology and prevent more trash from entering our oceans.

Clean Ocean Access is a not-for-profit organization with a mission of “action today so future generations can enjoy ocean activities.” COA has performed over 650 marine debris removals (coastal cleanups) around Aquidneck Island since September 2006 and removed over 120,000 pounds of small to medium size marine debris. After eight years of success with over 6,000 volunteers, they have shifted their focus towards a comprehensive approach that combines marine debris removal with prevention through education and engagement to eliminate plastic pollution and ocean litter. These programs are just a portion of COA’s long-term portfolio of efforts with a vision of a healthy ocean that is free of marine debris with water that is safe for all ocean activities and a shoreline that is accessible to the public. For more information, please visit www.cleanoceanaccess.org.

#CleanSeas has gathered commitments from 60 countries to reduce their plastic footprint.

Composting for the Ocean

Get to Know Ambassador Elizabeth Kratzig

As an 11th Hour Racing Ambassador, Elizabeth selected to support the development of [...]

Newport Restaurants Are On Board to Reduce Plastic Pollution

Our grantee, Ocean Conservancy, recounts a recent expedition that removed 10 tons of [...]

Meet seven organizations working at the intersection of sport, science, and ocean [...]

SHIFTING AWAY FROM PLASTIC, ONE BUSINESS AT A TIME

The Unplastify Challenge for Sailors in Argentina 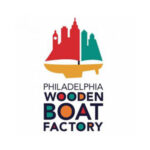