The Atlantic Cup is committed to being the most environmentally responsible sailing race in the United States and 11th Hour Racing has been proud to support the event since the first edition of the race in 2012.

Since its inception race partners, teams, and race management have worked together to create a carbon neutral event. As the race has grown, the regatta has continued to seek innovative ideas and products that align with its mission, including becoming the first sports event in the United States to become ISO 20121 compliant in 2016!

In 2018, 11th Hour Racing became Official Education Partner of the Atlantic Cup, which provides shore-based activities for fans of all ages, and educates students on the dock and in the classroom about sustainability and ocean science.

The Atlantic Cup is a hard-fought, intense, double-handed, offshore sailing race held on the eastern seaboard of the United States. This multi-stage race designed for the Class 40 racing yacht tests sailors with a long distance offshore leg from Charleston, South Carolina to New York City. Upon completion of Leg 1 crews continue to race a short and often challenging sprint to Portland, Maine. Once in Portland the short-handed teams of two increase to a crew of six to take on the challenge of racing offshore boats inshore, all within the beautiful confines of Casco Bay. This unique racecourse and format has brought many of the worlds best short-handed sailors to America’s eastern seaboard as they vie for a chance to win the Atlantic Cup.

Kids Day at The Atlantic Cup

The program educates students about sailing, the ocean, and marine environmental issues.

More than 2,000 students learned about sailing, marine science, and sustainability.

We are proud to continue our support of The Atlantic Cup through their kid’s program!

The Atlantic Cup presented by 11th Hour Racing is proud to announce that the 2016 race... 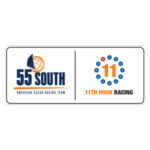 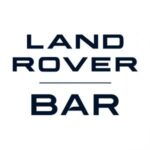