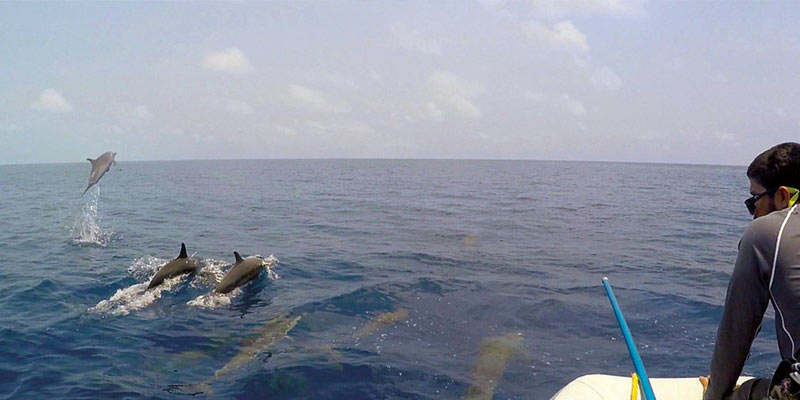 Following on the heels of Hello Ocean’s reconnaissance exploration in 2016, Hello Ocean launched its maiden voyage: Expedition Echo. In a Moorings catamaran, with support from 11th Hour Racing, a crew of ten scientists, artists, filmmakers, and a wildlife DJ set sail to explore the offshore waters of Belize, charting new territory in ocean conservation. The crew launched new research on the marine mammals of Belize, plastic pollution, and sustainable conch fisheries. In the perfect marriage of art and science their work fills in the scientific data gap and will develop media that will persuade the public and policy makers to make decisions that protect our oceans.

“We look for talented artists, scientists, and people from a variety of disciplines and throw them together on a relatively small sailboat so that the cumulative results are greater than what each individual can accomplish on their own,” said Teresa Carey, director of Hello Ocean.

Surprisingly, very little is known about the marine mammals of the western Caribbean. Now that these animals are under imminent threat from harmful seismic surveys, advocating not only for general research, but also for ways to mitigate risks and ensure their survival is paramount. Seismic surveys use powerful air-gun blasts into the seafloor to search for new oil reserves. These explosions jeopardize marine mammal hearing, causing physical pain and impair their abilities to communicate, find food, maintain family unity, and locate social groups — which for dolphins can determine their survival. The explosions have been known to separate mothers from their calves and cause strandings. 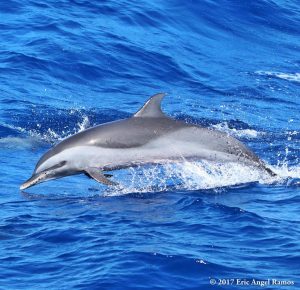 “I participated in Expedition Echo to gather crucial baseline information on unstudied species in these waters,” said scientist Eric Ramos, “Overall, we will use this information to identify conservation issues and to inform the government and managing authorities of the best ways to protect them.”

Hello Ocean, a project of The Ocean Foundation, is a budding ocean science and communication organization founded by captains Teresa and Ben Carey. Their goal is to provide vessel support and an expedition opportunity to early career scientists and artists. By organizing several collaborative research-under-sail expeditions each year in various parts of the world, they hope their model will spark new ideas for science communication, research, and conservation.

“We hope to garner empathy and optimism for the future of our oceans. This research will help implement new management protocols in these protected areas,” said Kristi Collom, marine mammal researcher.

Three media makers joined Expedition Echo, filmmaker Derek Alan Rowe, illustrator Hannah Viano and National Geographic Explorer and Wildlife DJ Ben Mirin. Their mission was to document and draw inspiration from the expedition each in their own unique way. New to the ocean conservation arena is award-winning filmmaker Derek Rowe. This was his first glimpse into the challenges and experiences of research at sea.

“I was blown away by each person’s ability to conduct their research around nine other people working and talking and troubleshooting. Everyone helped each other collect data and develop effective ways of communicating science to the public,” said Rowe. “Doing all our work and be talking about ideas for the future and see all those things happening at once was kind of surreal.”

The collaborative energy was infectious, creating an undeniable synergy between scientists and artists from different fields where creative ideas emerged in new and exciting ways. Derek Alan Rowe and Ben Mirin worked together to record the natural sounds of dolphins’ clicks, whistles, and chirps creating a rich soundscape to be used in a powerful short video edited expressly for policymakers.

The expedition encountered various species of dolphins and manatees and used a range of techniques to catalog and assess the population, distribution, behavior, and migration patterns of these marine mammals. The crew traveled over 200 nautical miles, collected 20 genetic samples of King Conch and Pantropical Spotted Dolphins, recorded 29 hours of underwater ocean noise, visually surveyed for 32 hours, and towed a plastic trawl for 9 hours.

Carolynn Box, a member of The 5 Gyres Institute, leaders in ocean plastic pollution research and advocacy, joined Expedition Echo to document the plastic pollution at the western edge of The Caribbean Sea. Plastic never disappears from the ocean, it just breaks down into smaller and smaller pieces, threatening marine life that becomes trapped in it, consumes it, or literally saturates their habitat. Box used an ocean trawl designed specifically for plastics, towing it behind the vessel for one hour each day. Box was able to collect rich plastic pollution data, that after initial assessments indicates a high concentration of plastics in these waters. 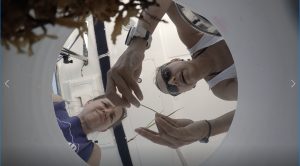 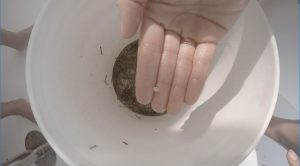 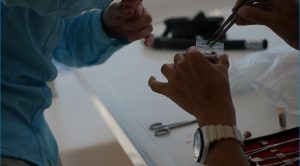