Land Rover BAR’s opening race of the 35th America’s Cup campaign will be against fellow challenger Artemis Racing from Sweden on Friday 26th May 2017.

The full event schedule for the 35th America’s Cup in Bermuda in 2017 has been confirmed, outlining the calendar of five weeks of sailing action, starting on May 26th and finishing on or around June 27th 2017.

All the 35th America’s Cup races from May 26th to June 27th 2017 will take place on the astonishing waters of Bermuda’s Great Sound, a perfect stage for the stadium-style racing that is now a core feature of America’s Cup racing.

The top four challengers from the Louis Vuitton America’s Cup Qualifiers will split into two semi-finals and this second stage of the 2017 competition will run from Sunday 4th June until Monday 12th June, with the winners taking part in a finals competition to determine which team will take on the Defender in the America’s Cup Match, presented by Louis Vuitton.

Also at stake in the Louis Vuitton America’s Cup Qualifiers is a bonus point for the America’s Cup Match. If the team that wins the Qualifiers (whether Defender or a challenger) also advances to the Match, it will start with a one-point advantage.

Also running over these dates is the Red Bull Youth America’s Cup and the return of the AC45 foiling race catamarans currently being campaigned by the America’s Cup teams in the Louis Vuitton America’s Cup World Series. In Bermuda 2017 the AC45’s will be crewed by up to 16 teams of the next generation of sailing superstars, with the Land Rover BAR Academy representing Britain. 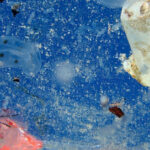