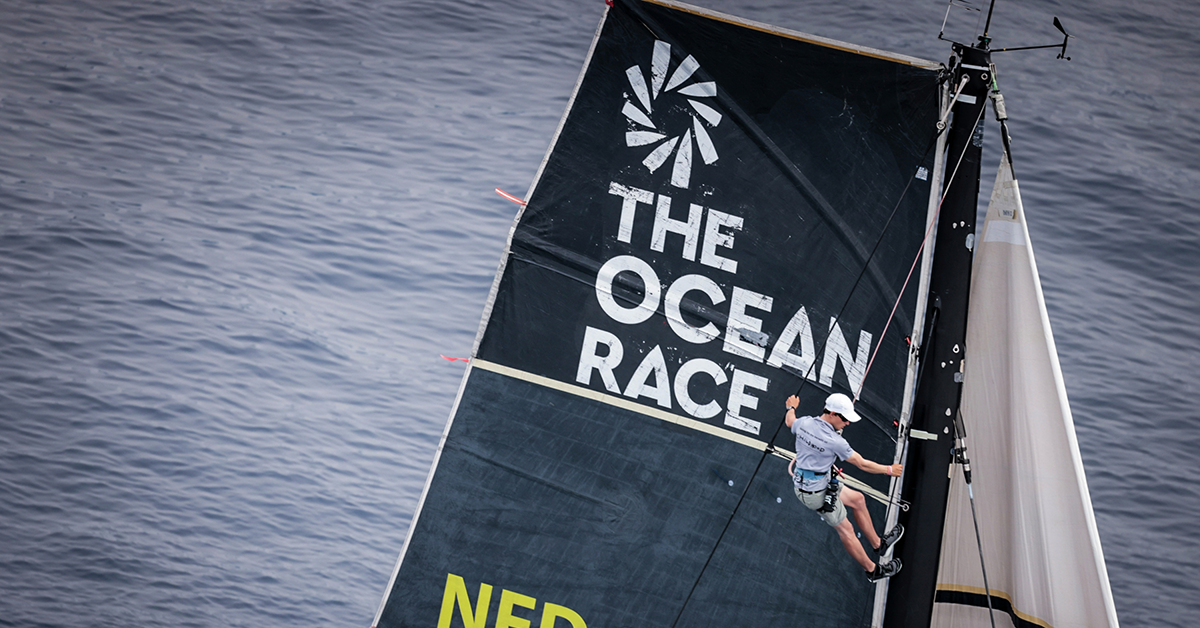 The Ocean Race hosted a session on ocean rights during Monaco Ocean Week, focused on the need to give the ocean a voice

Despite the critical role it plays in regulating our climate and sustaining life on earth, the ocean is often a bystander when it comes to climate negotiations.

But a workshop at Monaco Ocean Week on Thursday, hosted by The Ocean Race, has examined the merit of giving the ocean a voice and making it an international legal entity, addressing questions like: Could ocean rights help to shift perception of our one ocean from a resource to use and exploit to a vital, complex, system that fuels all life on Earth? And could a Universal Declaration of Ocean Rights, which sets out a comprehensive way of effectively governing the ocean, ensure it is properly protected?

Speakers included Wavel Ramkalawan, President of the Republic of Seychelles; Ambassador Peter Thomson, United Nations Secretary General’s Special Envoy for the Ocean; Michelle Bender from the Earth Law Centre; and Mumta Ito, Founder of Nature’s Rights. His Royal Highness, Prince Albert II of Monaco, was in attendance at the session.

The Monaco event follows the latest in a series of The Ocean Race Summits, held in the Seychelles earlier this week. The Summit series has been developed in collaboration with 11th Hour Racing, a Premier Partner of The Ocean Race and Founding Partner of the Racing with Purpose sustainability programme. The series explores the idea of giving the ocean rights in order to create a collective global effort to protect the seas. The concept can only be realised if ocean rights are embraced at a global scale, which is why The Ocean Race is working to gather support and momentum with key decision-makers and ocean advocates. Through collaborative action The Ocean Race is building towards an ambitious goal of driving a Universal Declaration of Ocean Rights.

Ahead of the Monaco session, The Ocean Race’s Relay4Nature initiative, developed with UN Secretary-General’s Special Envoy for the Ocean, Peter Thomson, arrived at Monaco Ocean Week. Symbolised by Nature’s Baton, Relay4Nature champions the ocean and calls on leaders to take urgent action to protect nature. Connecting the world’s key environmental events, Nature’s Baton was handed to Team Malizia’s skipper Boris Herrmann, one of the IMOCA teams registered to participate in the 2022-23 edition of The Ocean Race and a passionate ocean advocate.

Team Malizia skipper @borisherrmann welcomed #Relay4Nature to Monaco Ocean Week and received Nature's Baton while adding his call to action for ocean health 👏
The Ocean Race was at the event to host a special workshop about ocean rights. 🌊#MOC2022 #RacingwithPurpose pic.twitter.com/5iTqHsNaPN

“This is a race we must win,” Herrmann said as he held the baton in front of his home club, the Monaco Yacht Club. “We want to inspire ambitious climate actions through our sport.”

The baton arrived in Monaco after featuring at The Ocean Race Summit Seychelles, as part of its ongoing journey to landmark events where world leaders discuss the future of the planet.

Dr. Sylvia Earle, the renowned American oceanographer, research scientist and ocean health campaigner took her opportunity with the baton to send a solemn and urgent plea: “My message to the leaders of the world – protect the ocean as if our very lives depend upon it, because they do.”

“We believe that just as we have one ocean, we need one collaborative approach to protect it,” said Richard Brisius, the Race Chairman of The Ocean Race. “Our sailors are witnesses to the decline of the ocean – our racetrack – as a result of the lack of comprehensive rules. But recognising the ocean’s rights could help to shift perception of how we treat it, from a resource to use and exploit, to a vital, complex, system that fuels all life on the planet. That was our goal here at Monaco Ocean Week, to gather experts and explore the idea of giving the ocean a voice and making it an international legal entity.”

The Relay4Nature will now travel to Genova, Italy, which on Monday will host the first Innovation Workshop in the Genova Process, a series of follow-up events to The Ocean Race Summits, focussed on driving concrete actions and progress out of the Summits.