In 1600, New York Harbor had around 220,000 acres of oyster reefs, which sustained the local populations for generations. The pristine estuary hosted thousands of species and was one of the most biologically productive, diverse, and dynamic environments on the planet.

By 1906, New Yorkers had eaten every last oyster, the once plentiful reefs had been dredged up or covered in silt, and the water quality was too poor for the regeneration of oysters. The Harbor was toxic and nearly lifeless for more than 50 years until the passage of the Clean Water Act in 1972, which prohibited the dumping of waste and raw sewage. Since then the water quality in New York harbor has continued to improve and today the Billion Oyster Project is on a mission to restore one billion oysters throughout the harbor.

Billion Oyster Project (BOP) will be producing oysters for deployment at a number of sites around New York Harbor, including the Upper Harbor (Brooklyn Bridge Park), the East River, the Hudson River (Hudson River Park and the Manhattan Cruise Terminal at Pier 88), and the Bronx River (Soundview Park). BOP staff engages schools, community-based organizations, and the general public in the restoration of their local marine environment.

Billion Oyster Project seeks to restore oyster reefs to New York Harbor through public education initiatives. By 2035, the goal is to have one billion live oysters that are distributed around 100 acres of reefs, making the Harbor once again a productive water body and reclaiming its title as the Big Oyster.

Enabling Nature to Restore Itself

The kids are back to school and back #onthewater w

We all want to see a thriving, colorful ocean – an

At sea, the sun reveals its many personalities, an

#TBT ⚡ to when we spent the day with @11thhourte 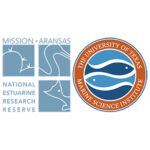