Sir Peter Blake was New Zealand’s most celebrated yachtsman who led his team and New Zealand to victory in both the Whitbread Round the World Yacht Race and the America’s Cup. He was also a passionate and relentless champion for the environment. Following his professional sailing career, he focused on protecting the environment and raising awareness of the issues it faces, by voyaging to “environmental pulse points of the planet” and sharing what he discovered.

He visited Antarctica to look at the effects of climate change, and then to the Amazon Rainforest to look at the impacts of deforestation. Tragically, Sir Peter was killed while carrying out this work. His death cut short his vision to inspire millions of people around the world to protect and take action for the environment.

BLAKE (formerly the Sir Peter Blake Trust) was established in 2004 and is dedicated to continuing his environmental leadership legacy, inspiring environmental passion in people through life-changing adventures and programs that follow in the footsteps of Sir Peter himself. The organization has a specific focus on inspiring and preparing people to lead a sustainable future for Aotearoa (the Māori name for New Zealand).

Meet three incredible female leaders at the crossroads of sport and science.

Listening to our community: Rocking the Boat

A dynamic blend of sailing instruction, swimming lessons, and academics.

Prepare students to become professionals and mentors in STEM and conservation.

Have you ever visited Mosquito Bay, the biolumines

🌱 Plants and bacteria growing on @nationalaquar

#Didyouknow? In the wild, young #oysters must sett

⛵1-month until @theoceanrace Europe departs from

#Mangroves are trees too! 🌳 These coastal, salt

From the high seas to deep beneath the surface, we 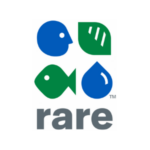