11th Hour Racing created its inaugural partnership with Land Rover BAR in virtue of the team’s goal to run a sustainable 35th America’s Cup campaign, and build a long-term business model that placed environmental responsibility at its foundation with the goal of being the most sustainable professional sports team in Great Britain.

A selection of success stories through this partnership included:

Land Rover Ben Ainslie Racing (BAR) was launched on June 10th, 2014 in the presence of the Duchess of Cambridge. The team was conceived by four times Olympic gold medalist and 34th America’s Cup winner, Sir Ben Ainslie, with the long-term aim of bringing the America’s Cup back to Great Britain where the race began in 1851.

Land Rover BAR believed their influence should extend far beyond the racecourse, and had put sustainability at the heart of operations since launching the team with Exclusive Sustainability Partner 11th Hour Racing in 2014.

Good news from Bermuda about the benefits of hosting the 35th America’s Cup.

Sir Ben Ainslie spoke on sustainability at IF Forum

Last week, Sir Ben Ainslie was the keynote speaker at this year’s 11th edition of the [...]

The 1851 Trust arranged for Charlie Enright, Mark Towill, and Damian Foxall of Vestas [...] 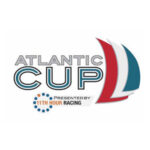 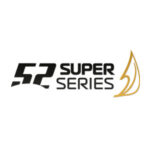