Every year in the U.S. an increasing number of recreational fiberglass boats reach their end-of-life with no sustainable option for disposal. Some will be crushed and buried in landfills where they will persist for centuries, while others may be abandoned by their owners on land or in coastal areas where they can potentially harm the natural ecosystem.

Between 2003 and 2012 it is estimated that two million recreational crafts (an average of 210,000 per year) were retired in the U.S., according to surveys by the National Marine Manufacturers Association. Similar approximation has not been established in the European Union; however, leading members of the European boating industry suggest that coastal nations in the EU retire between 6,000 and 9,000 recreational vessels annually. The size of a globally expanding fleet of expired recreational boats has reached a critical point. This calls for a reinvention of disposal practices.

Learning from successful experiences in Europe and building on over two years of research and investigation by Rhode Island Sea Grant, the Rhode Island Marine Trade’s Association (RIMTA) Foundation has launched the Rhode Island Fiberglass Vessel Recycling Project in 2018 to address this growing issue. This project piloted the dismantling and re-processing of fiberglass hulls into cement as an alternative to landfill.

The Rhode Island Marine Trades Association (RIMTA) is the trade association of Rhode Island’s marine industry. The organization’s work includes pursuing opportunities for its members related to the enhancement of economic growth, workforce development, job training, career education and environmental awareness. The RIMTA Foundation is the organization’s 501c3 arm that pursues the improvement of this statewide industry in a way that is sustainable and equitable for its members and focused on making the progressive expertise of its industry a primary export for the Ocean State.

Investing in our planet is an investment in our future, because when the ocean wins, [...]

Helping to spotlight local solutions to the world’s most challenging environmental [...]

Residential food scrap collection service, and leader of a youth entrepreneurship program that [...]

The Unplastify Challenge for Sailors in Argentina 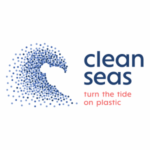