The Delaware River, which runs adjacent to Philadelphia and its suburbs, is plagued with plastic pollution and debris much like many of the urban waterways in the United States and around the world. Land-based litter makes its way down storm drains and streets, ultimately finding its way into the river where it collects along shorelines and impacts local wildlife.

Philadelphia Wooden Boat Factory directly addressed this issue through their RiverGuides initiative, a year-round apprenticeship program in environmental sciences and stewardship designed for high-school youth. By engaging high-school participants in understanding where pollutants are coming from, where debris is collecting along the waterfront, and how its damaging impacts can be mitigated, PWBF empowered youth in northern Philadelphia to develop their own voice and use that voice to affect positive change in their region.

RiverGuides will leverage their knowledge to raise awareness among their own communities through workshops for local residents, targeted programs for middle school students, and community cleanup days that will enable youth and adults alike to take action to improve the health of the river and ensure its viability into the future.

Philadelphia Wooden Boat Factory (PWBF) was founded in 1996 to provide high-school youth at risk of dropping out opportunities to re-engage in learning through hands-on, traditional wooden boat building. PWBF now provides low-income youth ages 12-21 with year-round, out-of-school-time apprenticeships in wooden boat building, sail making, and sailing (Boat, Build and Sail) as well as environmental science and stewardship (RiverGuides). PWBF works to foster positive self-image and a sense of personal agency among its participants, knowing that how youth think about themselves is profoundly influential on their potential for success.

Investing in our planet is an investment in our future, because when the ocean wins, [...]

Composting for the Ocean

Meet three incredible female leaders at the crossroads of sport and science.

Listening to our community: Rocking the Boat

Listening to our community: SoundWaters

Naomi Solares shares how at her experience at SoundWaters has greatly increased her [...]

This spring, we supported 11 projects focused on ecosystem restoration and ocean [...] 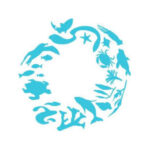 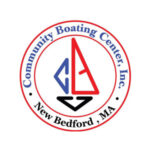