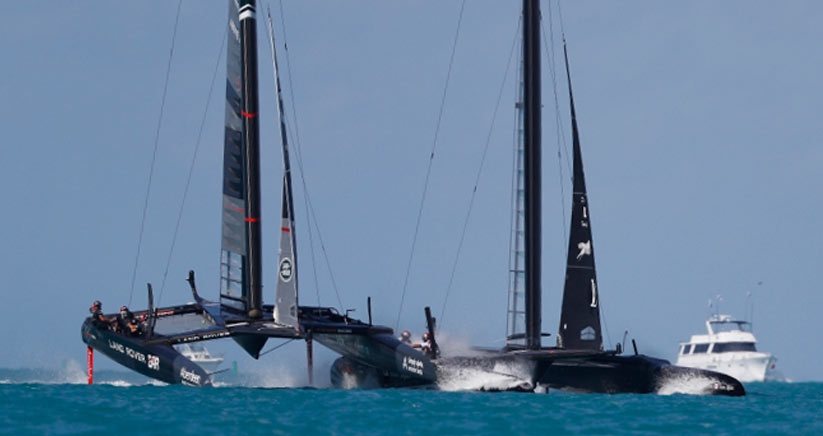 The Ups, Downs and Bangs of America’s Cup Racing

The first day of racing at the Louis Vuitton America’s Cup Qualifiers started with extraordinary drama as Land Rover BAR defied all the sceptics and the pundits that had written the team off. They beat the pre-regatta in-form boat, Sweden’s Artemis Racing in the opening contest. It was a wire-to-wire victory for the British challenger, with the lead yo-yoing from ten to twenty seconds, but Land Rover BAR were never threatened after taking control at Mark One.

No sooner had the adrenaline ebbed, then the team were back into the fray with a race against SoftBank Japan. On the final line-up towards the start line, SoftBank Team Japan’s skipper, Dean Barker moved into an overlapping position on the leeward side of Land Rover BAR, a move that resulted in a dramatic clash as the two boats came together, the hull of Land Rover BAR being punctured by the pedestal on the Japanese team.

The penalty went against Land Rover BAR, who continued racing nursing the damaged boat around the course, with SoftBank Team Japan taking the win. The foiling conditions helped keep Land Rover BAR afloat, at the end of the race the team foiled into Bermuda’s Historic Dockyard to a waiting crane, with the whole team furiously bailing to keep R1 afloat. 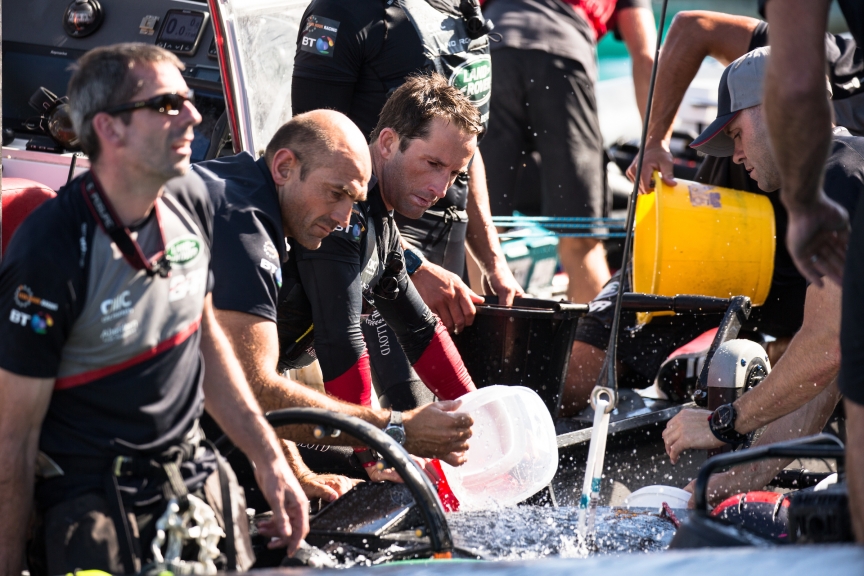 A long night now awaits the shore team to try and fix the damage and get back onto the race course for the second day of racing in the Qualifying round of the 35th America’s Cup.

At the end of the first day’s racing, Land Rover BAR are joint leaders with Oracle Team USA on three points, with Artemis Racing, Emirates Team New Zealand and SoftBank Team Japan all on one point.

“The boat is pretty badly damaged, with a sizeable hole in the port hull. It was a great effort by the team to get the boat around the course in the state that it was in. We were better off foiling with the hull out of the water, and we tried to keep the boat on the foils right into the harbor.

“We were lucky we did, by the time we got to the dock she was on her way down. It was all hands to the pumps and bailing. It’s been about 30 years since I was bailing out Optimist dinghies, and it wasn’t something I was expecting to do.

“The collision was unfortunate, we had a sideways slip just as Dean came in and got the leeward overlap. No one wants that, certainly in our position as we picked up a penalty and the damage. Thankfully, the most important thing is that no one got hurt.

“It’s now down to the shore team to work their magic and fix the damage and try to get us back out for racing tomorrow. They are great guys, they’ve got us through some pretty rough patches in the past and hopefully they can do it again.

“With regards to the rest of the day, we had a fantastic race against Artemis Racing. Going into this competition, I think a lot of seasoned observers had written us off, saying that we didn’t have a chance. We came out today when it counts and beat a really, really good team. So I can be proud of our team, and where we have come from and the potential we have to move forwards, this is hugely positive for the team.” 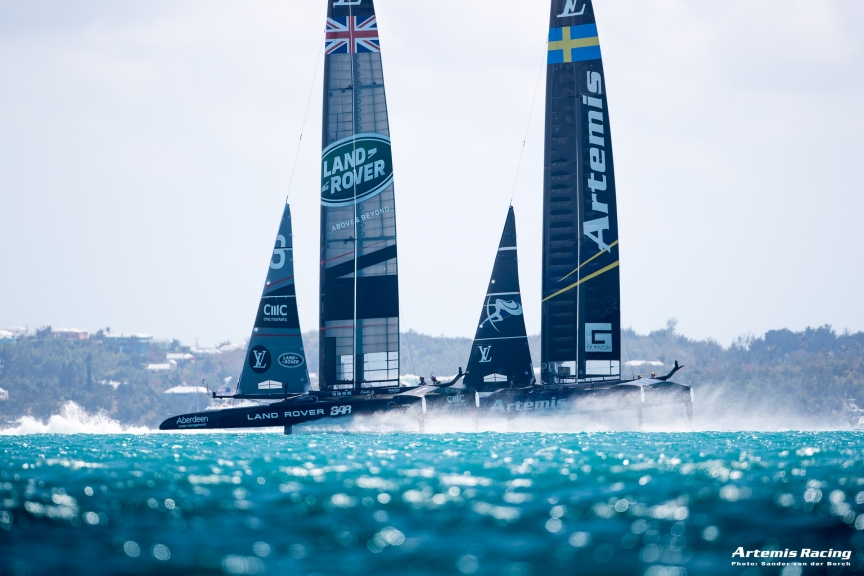 Richy O’Farrell, Shore Team Lead: “We had a coming together with Japan in the pre-start, it looks like we had a bit of a side-slip and landed on top of them. So they punctured our hull from underneath, and we have done quite a lot of damage to the hull. Over the next hour or so we’ll make a plan as to what we are going to do to fix it, and see how long it is going to take us. It’s quite a lot of damage. A long night ahead, I’d say.”