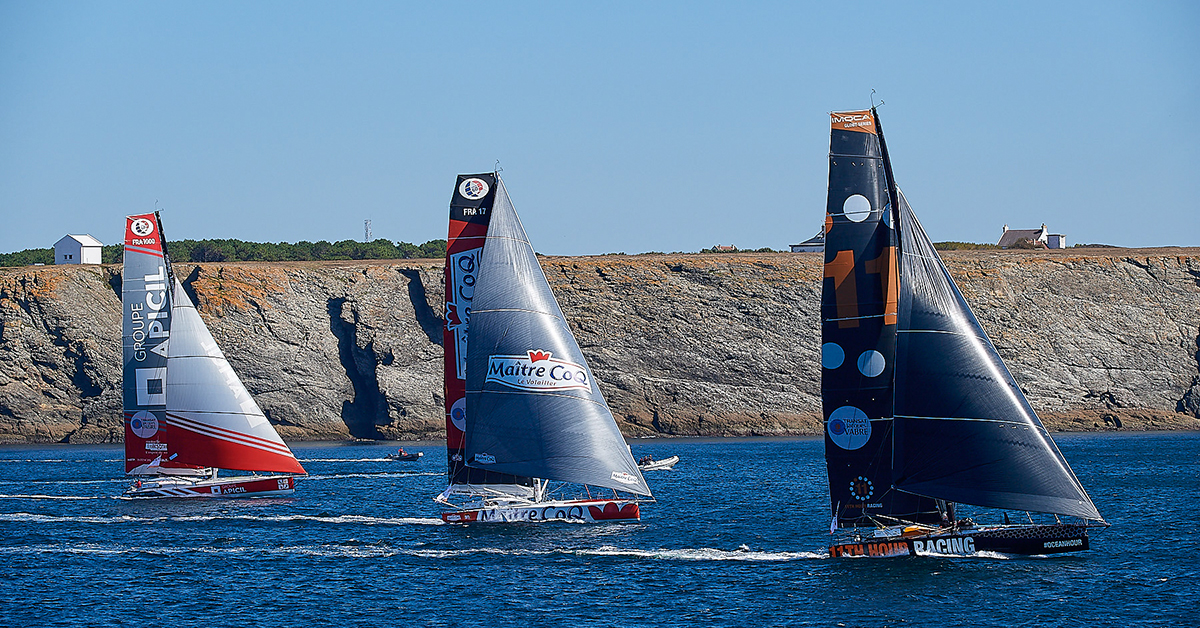 Big news – we’ve unveiled our racing schedule for 2021, with not one, but two boats!

Mark Towill, our Team CEO, explains more: “Our immersion into the offshore IMOCA world continues for 2021. As of now, the plan is to be training and racing with two boats this year, dependent on the boat build schedule and any impacts related to COVID-19.”

“With the start of The Ocean Race delayed by one year, we’re taking the opportunity to gain valuable experience in the heart of the offshore sailing world, being based in France for longer periods. Our racing in 2021 will be focused on short-handed sailing, to maximize opportunities to line-up against other IMOCA teams. I’m really pleased to announce that Justine Mettraux (SUI) will be joining the team as the co-skipper, alongside Simon Fisher (GBR) onboard 11.1 – the former Hugo Boss 6.

“Charlie [Enright] (USA) will be paired once again with Pascal Bidégorry (FRA), and they will be focusing their training on our new IMOCA 60, which is set to launch in July. Depending on the final stages of the build and commissioning, we anticipate entering both boats in the Rolex Fastnet Race, Défi Azimut, and The Transat Jacques Vabre.”

The build of the new IMOCA 60 is on schedule thanks to the careful management by MerConcept and CDK, overseen by our Build Manager, Wade Morgan (AUS). In addition, our Team Sustainability Manager, Damian Foxall (IRE) was based in France for a number of weeks at the end of last year, overseeing the sustainability innovations, practices and implementation.

Rob MacMillan, Co-founder and President of team sponsor, 11th Hour Racing, commented: “We are proud of the work that the team as a whole has achieved, both from a competitive and environmental perspective, with performance and sustainability integrating seamlessly. The prospect of launching a new IMOCA 60 and having two equally talented teams training and racing later in the year on the international offshore circuit is incredibly energizing. As an organization and a sponsor dedicated to inspiring solutions for the ocean, 2021 sets a remarkable milestone that merges a decade of impact achieved through our work with a new decade for the ocean fueled by global collaborations.”

WHAT’S FIRST ON THE AGENDA?

Wade is now onsite in Port La Forêt as the process of bringing the hull and deck together begins. The whole team is brimming with a mixture of nerves and excitement, as we wait for the decisions we made over 18 months ago to come good.

COVID-dependant, we aim to be in France late-February to see the build progress ourselves – it can’t come soon enough.

Charlie Enright: “We are all itching to get back out on the water again after this justifiably-enforced period of shore leave. The work has been relentless, and there have been plenty of late night and early morning trans-Atlantic calls and meetings with the team in France overseeing the boat build. It’s progressing well and I’m looking forward to seeing it in person in February. My first experience of racing with Pascal was in the build-up to the 2019 Transat Jacques Vabre when we finished fourth. To be sailing alongside someone so experienced is a great way to learn. I’m looking forward to getting back out on the water with him again this year.”

Pascal Bidégorry: “It’s great to be back with 11th Hour Racing Team and a pleasure to be sailing with Charlie once again – and in the Anglo-Saxon way of doing things! It’s exciting to be part of this project, particularly being involved with my old friends at MerConcept and how we are approaching the technical challenges and sustainability opportunities around the build of the new boat. It will be a busy period in the build-up to the Transat Jacques Vabre and one I’m really looking forward to.”

Justine Mettraux: “I’m really looking forward to joining the team – it’s a great opportunity for me, not only to be sailing on a current IMOCA 60 but a new edition boat as well. Partnering with SiFi is something I’m really happy about – it’s going to be a good mix. I have more experience of short-handed sailing, but he has a lot of experience in The Ocean Race and is one of the best navigators there is, as well as a great sailor. I’m looking forward to getting to work.”

Simon Fisher: “Double-handed sailing will be a new challenge for me and one I’m really excited for. It’s something I have always wanted to do but never quite managed to make happen so it’s great to finally get the opportunity. It’s going to be a steep learning curve – I spoke to Charlie after his first double-handed race in the Transat Jacques Vabre [in 2019] and he said it was the hardest thing he had ever done! Being just two of us on board, it ramps the responsibility up, but I am looking forward to the challenge. I just hope I do as well as I would like to do. Sailing with Justine is great, she is unflappable, calm, and of course very experienced – I’m going to be learning loads and I couldn’t be happier to be paired with her.”