For Ocean Month, take a trip down to the Caribbean with us to relive our week in the Dominican Republic. We visited three ecosystem restoration projects with our grantee, Seacology, exploring their work bringing mangrove forests back to life. Mangroves certainly don’t get the protection they deserve, even though they sequester 10x more carbon than a forest on land, which is why ecosystem restoration projects are a core component of our grant-giving.

A day in Las Calderas

It was a humid Monday morning in Santo Domingo as we walked through the quiet, residential neighborhood where Seacology keeps the bee boxes. Faint buzzing sounds grew louder as we approached the barbed wire gates. We weaved our way through the bee boxes and watched closely as the bees worked tirelessly to produce honey, which the beekeepers collect and sell, supporting the local economy.

Fishing is how most people in this region earn a living and feed their families. With overfishing becoming a growing problem—and one that impacts restoration efforts—regulations on fishing are stressing livelihoods. Beekeeping, on the other hand,  isn’t stressful on the ocean, and it provides an alternative income. Seacology created this partnership, so the mangroves remain protected, and the caretakers can earn a sustainable living. 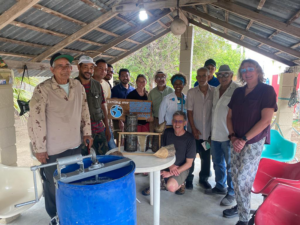 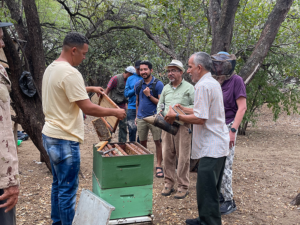 On the water in Boca Chica

An hour east in Boca Chica, the scarce remnants of mangroves were a reminder that the plant is struggling. Mature mangroves that used to protect the shoreline and its locally owned businesses are now gone, and so is most of the beachfront. From a boat, we looked through the shallow, clear water at newly planted seagrass and a single mangrove that had taken root on its own after a seed floated out to sea — a proud moment for everyone.

According to staff members at Fundación Verde Profundo, restoration efforts have shown signs of success, but the returning marine life is caught and sold faster than the population can replenish. Fundación Verde Profundo hopes that fishermen will come and work for the organization as tour guides instead of catching and selling fish. Showcasing the fish instead of catching them could employ workers for years to come.

Before leaving Boca Chica, we watched a special demonstration from the Play for the Mangroves students, who learn how to plant mangroves and receive baseball and volleyball equipment, uniforms, and coaching. The program inspires kids to nurture their environment so the mangroves, coral reefs, and seagrass can flourish again—by harnessing the power of sport (which we really like!). 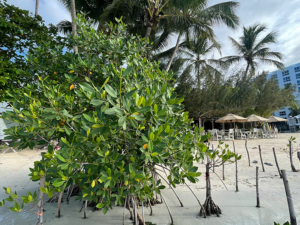 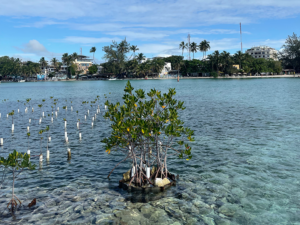 Further north, in Sosúa, we met Manuel Rodríguez Redondo, who leads the team at Fundación Ecológica Maguá. After walking us through the small jungle that is now preserved to show us the foundation’s honey bee operation, Manuel gave each of us a small jar of their first honey harvest. Then, he invited us up the Sosúa River by boat for an up-close look at the tall mangroves that line the river’s edge.

The sight was both impressive and grim. Trash flows down the river and ends up stuck in the roots of the mangroves, or eventually flows into the open ocean. The consumer debris had clearly weathered in the water, and the waste flow isn’t showing signs of slowing down. 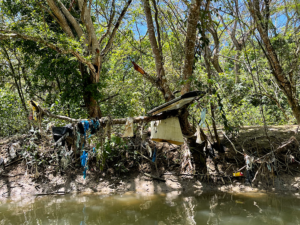 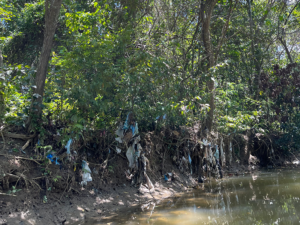 These site visits showed us something we know all too well: that our actions on land have a major impact on ocean health. It underscores the importance of supporting projects and people working to protect their island from the stressors of a changing climate—people who love their land and the ocean. There isn’t a punchcard or timeclock for this kind of work, as the job is never done. But there is hope for a cleaner future, as so many people are spearheading projects #fortheocean and educating the next generation to follow their lead. 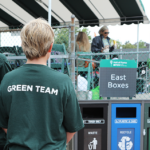