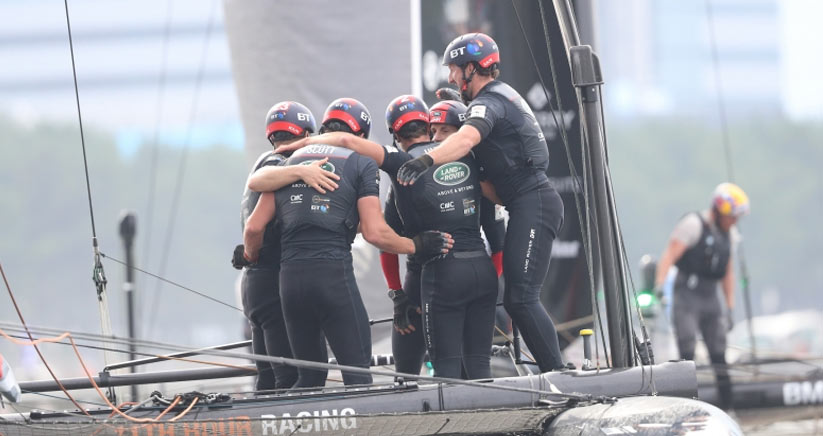 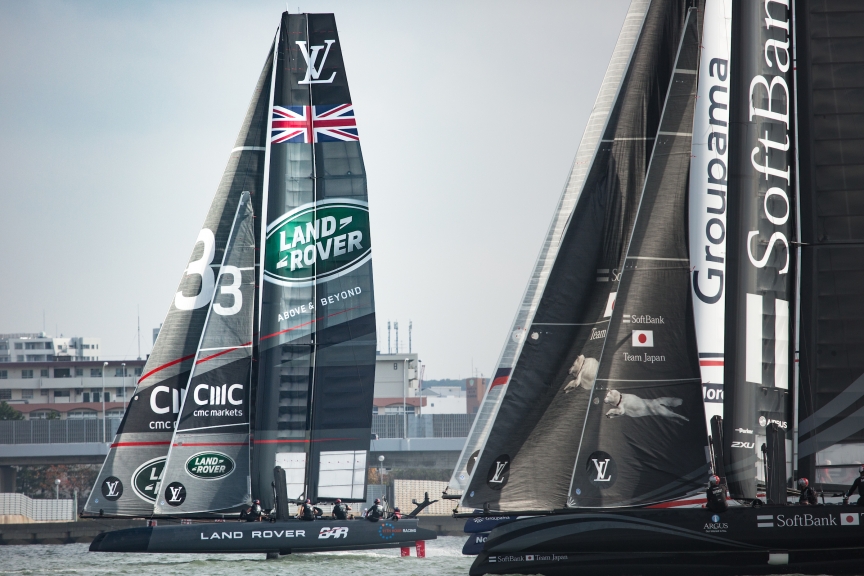 A stunning final day performance from Land Rover BAR took the ultimate round of the Louis Vuitton America’s Cup World Series (ACWS) in Japan – and with the win they became 2015-2016 ACWS Champions.  They did it with a race to spare, creating a sufficient buffer that they could focus on winning the event in the final race.

A roller coaster day saw the team lock out the USA and New Zealand – the two closest overall opponents – at the start of the first race, only to watch them fly by on the run. Land Rover BAR recovered to a 4th but with the Kiwis and Americans in 2nd and 3rd it was still wide open.

The team kept supporters on their toes as they broke the line early in race two, with NZ and the USA clear leaders at the start gun. A stunning recovery on the first lap saw them back into the pack, and with an incredible final leg pass of the Americans, Land Rover BAR sealed the World Series win. A third in the final race meant the full champagne moment as Ben Ainslie and crew closed out the double with a win for the Fukuoka event.

It’s been an extraordinary season, with consistency the key. In nine events, the team have only been off the podium twice, recording four event wins (Portsmouth x 2, Oman and Fukuoka), bolstered by a second (Chicago) and two third places (Gothenburg and Toulon). The World Series win means that the team will take two vital bonus points into the next round of the competition, the America’s Cup Qualifiers, starting 26th May 2017 in Bermuda.

Thoughts on the day 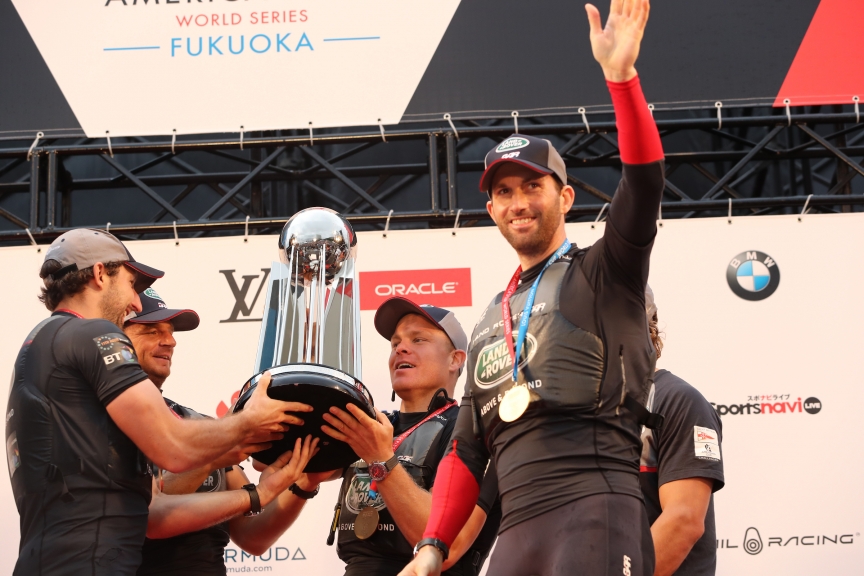 “Two and a half years ago we had absolutely nothing, so what we have achieved in building the team, the infrastructure, and this performance in the World Series is something we should all be incredibly proud of – but at the same time it’s just one step in our journey to the America’s Cup. Our objective was to get the two bonus points and we’ve got that, and now the focus is clearly on the race boat and the performance next summer in Bermuda.

“I am absolutely delighted by how things have gone, but at the same time I know our team and how focused they are on the America’s Cup. We will be straight into training in Bermuda and getting best prepared for the America’s Cup to try and bring it home after a 167 years of hurt.”

Jono Macbeth, Sailing Team Manager: “After a couple of years of hard work it’s fantastic to not only win here in Japan but also the World Series overall. It is just a small step along the way to our ultimate goal of winning the America’s Cup. It’s just a good day, a good weekend, and everyone should be very proud and satisfied. Not just the guys here in Fukuoka but everyone back at the Camber and all the people who have played a part in it.

“It is such a team sport and this has been an incredible team and it spans across so many different departments and if anything had gone wrong in any of those areas we wouldn’t have had the results that we have. A great weekend and it’s probably time to let our hair down a little bit and relax and enjoy the moment.”

Paul ‘CJ’ Campbell-James, Wing Trimmer:  “We couldn’t be happier, to win with one race to spare and then go on and dominate that last race and get the regatta win – it just doesn’t get better than that. We battled all day and that is when we are at our strongest – if the going gets tough we get going.

“It’s also good to have the most experienced man in the world steering, Ben did a fantastic job and Giles [Scott] got us out of some deep holes, while Nick [Hutton] and Fred [David Carr] put in a fantastic work rate. Special thanks goes to all the support team here in Japan and back in Portsmouth – they are key to keeping us on form.”