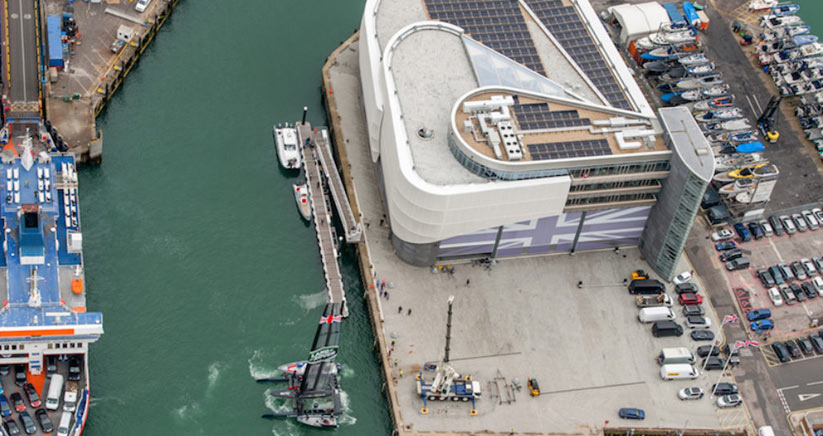 A powerhouse of American collegiate (aka university) sports from the country’s heartland. The team trying to bring the America’s Cup home to Britain for the first time. One of the most anonymous teams in the NBA. And a fifth division English football team. What could these four seemingly unrelated sports organizations have in common? THE Ohio State University Buckeyes, Land Rover BAR, the Sacramento Kings and Forest Green Rovers are four of the greenest teams on the planet. We want to share the reasons why these squads have earned that designation and why other teams need not be green with envy. Rather, they should emulate the Core (Green) Four, and perhaps beat them at the green-sports game.

Sir Ben Ainslie is the most successful sailor in Olympic history, winning medals at five consecutive Olympics (1996 to 2012), including gold at the last four; he also played a key part in Oracle Team USA’s stirring comeback to capture the 2013 America’s Cup.

While his past is certainly legendary, it is two aspects of the future that animate Ainslie’s life these days. Number one is his role as skipper of Land Rover Ben Ainslie Racing (BAR), Britain’s entry in the 35th America’s Cup, to be contested in Bermuda next May-June. The challenge isn’t that big—it’s only about bringing the Cup to the UK for the first time ever.

That there’s room for anything else on Ainslie’s plate these days is astounding, but his will to win is matched with the need to do so with purpose — and his purpose is to use his platform at the top of the sailing world to advocate for clean oceans, the climate change fight and to bring sustainability to the rest of the sailing world.

Ainslie’s road to sustainability leader was kickstarted after the 2013 America’s Cup when he met Wendy Schmidt of the 11th Hour Project, parent of 11th Hour Racing, an organization dedicated to promoting healthy oceans through world-class sailing teams. According to Ainslie, “Wendy instilled in me the responsibility someone like myself in sport has to [build a team] with sustainability as a core principle, a core belief.”