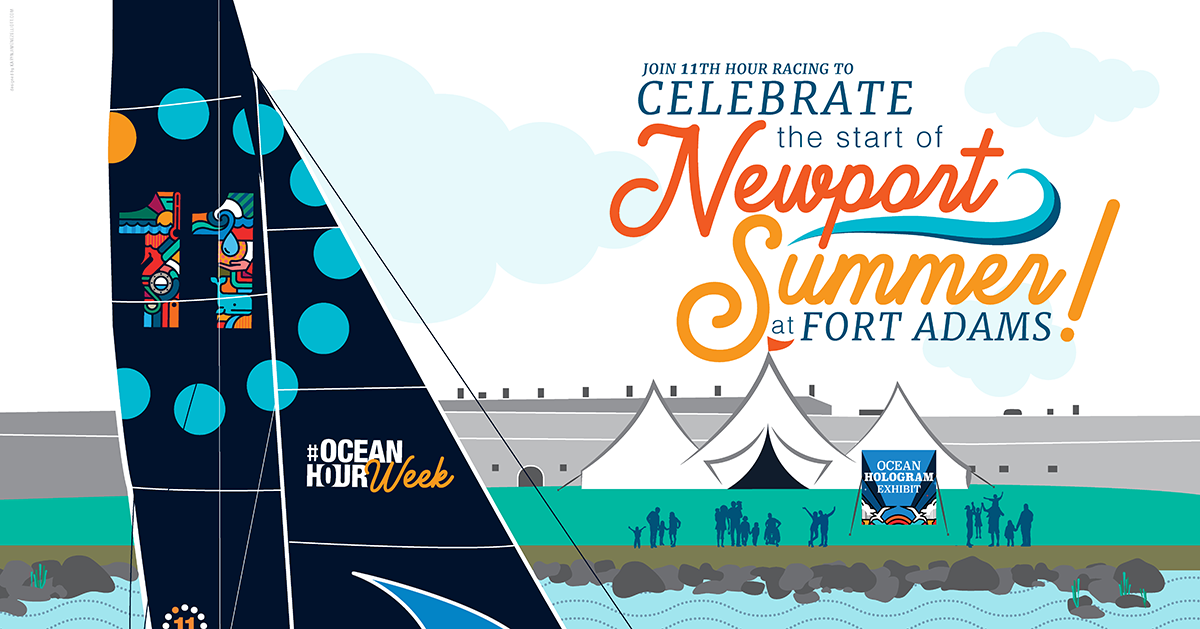 Visitors will see how Newport-based organization, 11th Hour Racing, harnesses the power of sport to inspire action for ocean health. The week-long initiative, named #OceanHour Week, will be held at Fort Adams State Park. The feature exhibit will be an immersive hologram experience about the importance of marine ecosystems. The hologram exhibit debuted in Le Havre, France, at the Transat Jacques Vabre last November, encouraging children and adults alike to discover what’s under the surface of the ocean. Additionally, #OceanHour Week will include a display of local students’ ocean-themed artwork, and information on actions the public can take for the ocean.

The event will also serve as a public send-off for 11th Hour Racing Team, which will compete in the Newport Bermuda Race starting on June 17.

11th Hour Racing Team’s sailboat, Mālama, which means “to care for” in Hawaiian, will make its debut on Narragansett Bay following a transatlantic crossing from its training base in Concarneau, France, to its Rhode Island hometown.

“Welcoming the 11th Hour Racing Team back to Newport after almost two years will be a special moment for our organization, our entire community, and for the Team’s large, local fanbase,” said 11th Hour Racing Managing Director Todd McGuire. “The whole team has been putting in an outstanding amount of work to get ready for this transatlantic, and we are thrilled to involve the community in this journey. Please join us!”

Mālama will be docked at Fort Adams, where fans will have the chance to get a close look at this next-generation foiling IMOCA 60 that will compete in The Ocean Race, the round the world fully crewed sailing race that starts in January 2023. When not out on the water training, Team members will be on the dock to explain the boat’s innovative features, share their sailing experiences, and demonstrate how a professional sports team can integrate sustainability and performance.