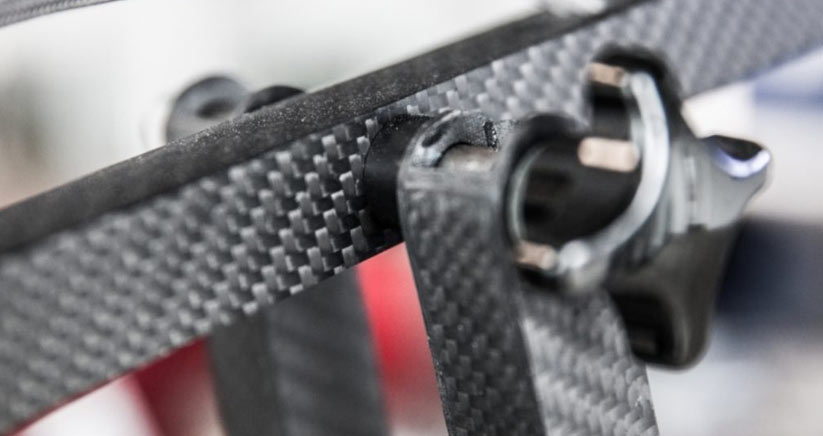 JJ and the Giant Anglepoise Lamp

Carbon fiber – black, sleek and shiny, or maybe matte, either way, there’s no doubt that carbon fiber is a technology success story. Lighter than aluminum, stronger than even high grade steels, carbon fiber is slowly taking over the world, standard in elite automotive sport, it’s now creeping into production cars. It’s everywhere from tennis racquets to the fuselage and wings of the Airbus A350 XWB.

Decades of steady growth mean that by 2015 global demand was 68000 tonnes of carbon fiber, enough to build 7 Eiffel Towers (Composites Market Report 2014, Witten/Kraus/Kuhnel). That number can only get bigger – but what’s going to happen to it all when its job is done? Can it be melted down and reformed, like steel, aluminum or glass? Nope, and worse, around 25% of the total production amount becomes waste during the manufacturing process.

This was the problem that Land Rover BAR wanted to bring attention to… enter JJ and the Giant Anglepoise®Lamp.

“We wanted to show the kind of thing that could be done with just simple offcuts,” said Tomson. “There’s no need for this stuff to go to waste, and instead of the bin, manufacturers should be looking around for other people and other industries that might be able to use this as a resource in their business.”

It fell to JJ to do the work. He’s a chemistry student with an interest in sustainability, and for the second summer in a row, he had joined the team to progress his work on reducing waste in the composites industry.

“I’m really interested in composite materials, it’s one of the things that I want to go on and study further, particularly working with the re-use of carbon fiber and recyclable resins,” he commented.

The Anglepoise®lamp is a design classic first launched in 1933 that came from the drawing board of George Carwardine and the Portsmouth based company Anglepoise®. The 3 times over-sized lamp had come about after the company were approached by the Roald Dahl Museum and Story Center to produce a giant version of the original 1935 consumer classic, the very lamp that had sat in Roald Dahls’ writing den where he had written many of his stories.

“At Anglepoise® we are always re-evaluating color, material and finish around our product offering. It’s a great way to keep our products relevant. And, when the opportunity arises, we are always open to investigating and appraising new ideas. So when Land Rover BAR came up with the notion of creating a lamp using carbon fiber offcuts rescued during the production of the test boat we saw this as a unique opportunity,” said Simon Terry, Innovation and Brand Director, Anglepoise®.

Almost more importantly to Land Rover BAR was the fact that Anglepoise HQ are situated in Portsmouth, not far from the team’s base.

“We are always anxious to build links with local industry and use local suppliers, so when we saw the big Anglepoise® lamp we thought it was the perfect way to bring attention to the problem of carbon offcuts!” said Susie Tomson, Sustainability Manager for Land Rover BAR.

JJ’s lamp will be proudly displayed in the team’s Bermuda base reception, making its point to everyone that wanders over to take a look and read the fact sheet. Of course, the problem of unused off-cuts is only part of a wider problem of carbon fiber waste – and the looming issue of recycling the products at the end of their useful lives.