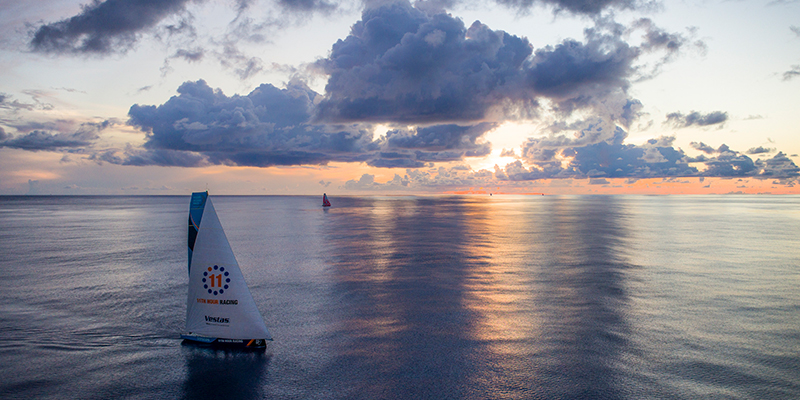 Vestas 11th Hour Racing Leading Sustainability on and off the water

When Vestas 11th Hour Racing set off to race around the world, they also set off on a mission to be the most sustainable team to ever compete in the Volvo Ocean Race, backed by the support of its two co-title partners Vestas and 11th Hour Racing. ‘Leading Sustainability,’ the team’s summary video of its efforts to accomplish this goal, reveals what it takes to incorporate sustainability into every aspect of a professional sports team, how this shared mission brought the team together, and how they addressed sustainability in the face of adversity.

“When we started this campaign, we knew we wanted to bring attention to important ocean health issues such as plastic pollution and climate change,” said Charlie Enright, Skipper, Vestas 11th Hour Racing. “I’m proud to say that not only did we raise awareness on these issues, but we also walked the talk, paying close attention to our environmental footprint and compensating for both our carbon and waste footprint where we could not eliminate or reduce,” added Mark Towill, Team Director, Vestas 11th Hour Racing.

In addition to some of the results listed above, the team followed an Environmental Purchasing Plan for food and team operations. The team’s suppliers were selected to align with its sustainability goals: Karün sunglasses made from recycled fishing nets, Aethic reef compatible sunscreen, Bluewater filtration and refill stations that deliver the world’s most effective water cleaning technology. The team also worked with official sailing gear supplier Musto to eliminate 70% of its plastic packaging. In September, Vestas 11th Hour Racing will release a full report detailing its sustainability efforts and accomplishments during the 2017-18 Volvo Ocean Race.