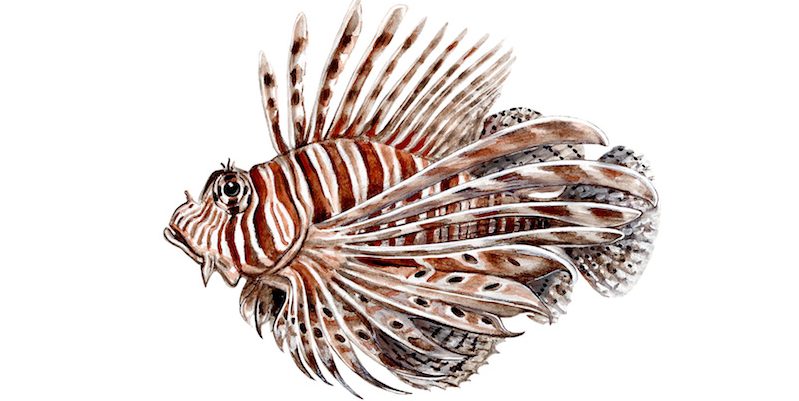 Lionfish: From Predator to Plate

Almost a year ago, 11th Hour Racing set off on a journey to tell the story of the invasive lionfish highlighting the fact that the simplest way to solve the issue was to eat them. At the #EatLionfish Chefs’ Throwdown held in Bermuda in April 2017, it brought together chefs from around the world, in conjunction with the 35th America’s Cup, to raise the profile of this fish from unwanted to delightful delicacy.

11th Hour Racing is thrilled to share that the short film it created about this project,  “Lionfish: From Predator to Plate,” which debuted at the Bermuda International Film Festival.

Film Synopsis
From Rhode Island to Venezuela, venomous lionfish are invading the Atlantic Ocean, wreaking havoc on native colonies of coral reef fish and disrupting local food chains. From high-tech robotics and deep-sea science to haute cuisine and oceanic sport, “Lionfish: From Predator to Plate” tells the story of the innovative solutions being developed to combat the spread of this invasive species. The film culminates with 11th Hour Racing’s #EatLionfish Chefs’ Throwdown with viewers joining six America’s Cup sailing teams and six “top chefs” from around the world, as they gather in Bermuda for a cooking competition designed to transform lionfish into an enticing and sustainable seafood choice for menus worldwide. Filmed entirely in Bermuda, “Lionfish: From Predator to Plate” is an engaging story about different communities coming together to tackle ocean restoration in innovative, and delicious, new ways.