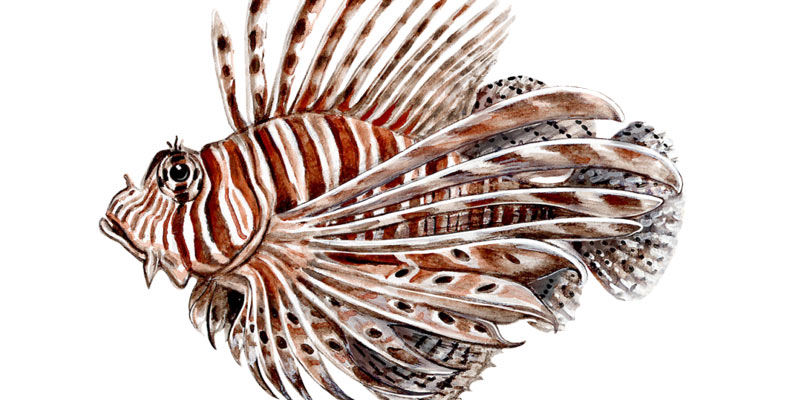 More than 20 awards and certificates have been presented to 70 individuals and organisations by the Bermuda National Trust, recognising their work to “preserve and restore Bermuda’s heritage and to preserve and raise awareness of the island’s environment.”

Among those thanked were those who were responsible for the rescue and restoration of unique murals depicting life in Bermuda in the 1930s, the fight to control the spread of Lionfish and the donation of 300 pieces of 19th century Bermuda art.

The annual awards ceremony took place at the Bermuda Underwater Exploration Institute and was sponsored by Butterfield & Vallis.

According to a Trust statement, the top award, the Palmetto Award, was given to outgoing BNT president Lt. Col. William White for his service to the Trust, while Fay and Geoffrey Elliott received the President’s Award for their donation of the Elliott Collection of drawings, watercolours, prints and photographs of Bermuda in the 19th century.

They now hang in the St George’s Foundation where they are accompanied by interpretive panels describing their importance, the artist and the restoration process.

The recipient of the top environmental award, the Patsy Phillips Bermudiana Award, was the Bermuda Lionfish Task Force represented by Kirk Kitson, for the design and implementation of the Bermuda Lionfish Control Plan. To date, more than 600 individuals have been trained and licensed as Lionfish cullers.

Flora and Peter Goodall and architect Sjur Linberg received the top architectural award — the Rosemary Clipper Award — for their restoration of Harnett House on Pitts Bay Road. Over a two-year period, they converted what had been a nine-apartment complex back to the original floor plan of the house, built in 1903, and replaced its verandas, which had been heavily changed over the years, with new verandas which hewed closely to the originals.

Also receiving an architectural award were Bill and Carol Outerbridge and architects Ted Wood, Kevin Simmons and Mark Danforth for their restoration of Gospel Hall on the corner of Manse and Middle Roads in Paget.

Preservations Awards were given to:

• The Ministry of Public Works for the restoration of the Cabinet Office, including the like for like replacement of all the wooden windows;

Awareness Awards were given to:

• Owners Catherine and Hugh Gillespie and architect Geoff Parker Jr and contractor Kent Bean for the use of Bermuda lime wash on a chimney at Rocklands, Stowe Hill, Paget;

• 11th Hour Racing for their creation of and support for EatLionfish Chef’s Throwdown which brought together the chefs from all of the America’s Cup’s teams designed to find the tastiest Lionfish recipes;

• Butterfield Bank for the creation of a scholarship for postgraduate students in the area of island or marine protection; and

• Justin Lewis and Michelle Stauffer for their short film “A Plastic Sea” on the impact of plastics on the ocean and some solutions to the problem. The film was showcased by National Geographic.

Environment Awards were given to:

• Farmers Marco and Andrea Borges, who live at National Trust property Lemon Moor, located between the Paget lights and Paget Marsh, for their efforts to turn the property and small farm into a showcase, which has drawn praise from commuters and passers-by;

• Lionel Thompson for his weekly efforts to clean up and maintain the stretch of road between First Avenue and the bus stop on Cavendish Road.

In Education, Wee Environmentalist Awards were given to:

• Southampton Pre-School for the installation of a square foot garden led by teacher Karen Joyiens;

• The Lyceum, for schoolwide involvement in the creation of an outdoor classroom and their outdoor learning programmes led by teacher Sarah Brown.

School Programme Certificates were awarded to:

Three Young Environmentalist Awards were given to young people under the ages of 26 who made outstanding contributions to Bermuda’s environment in 2016. The recipients were:

• Evie Hackett, who cleared, replanted and relabelled the Sensory Trail at Windreach, designed for less able-bodied people to learn about the Bermuda ecosystem; and