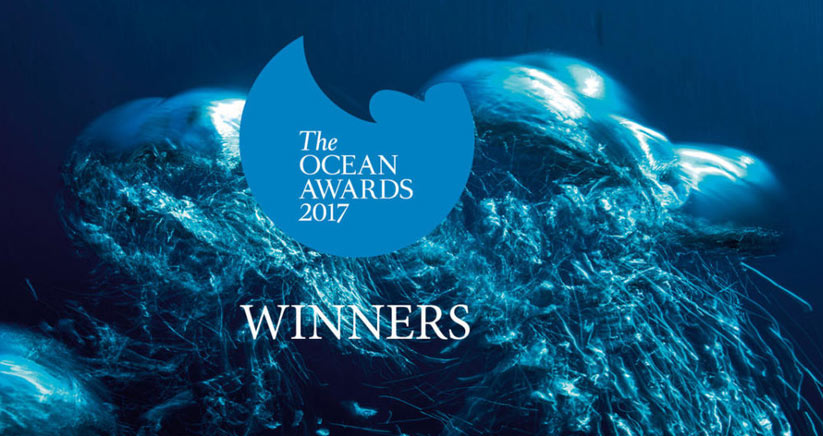 The winners of the second annual Ocean Awards, hosted by Boat International Media, the international authority on super-yachting, in partnership with the Blue Marine Foundation, have been revealed.

From the development of whale drones and virtual chase boats to the banning of shark fishing and absolving the Seychelles’ debt crisis, each finalist was celebrated for their outstanding contribution to the health of the oceans from every corner of the world.

Land Rover BAR, the yacht racing team founded by four-time Olympic gold medalist Sir Ben Ainslie, leads the list of winners honored for their passion for improving the oceans, along with Palau’s former UN Ambassador for the Oceans and Seas, the late Stuart Beck. Professor Daniel Pauly and Dr Dirk Zeller – whose monumental study of the world’s fish catches for the Sea Around Us project took the media by storm – are also among those recognized for their efforts in advancing marine conservation through policy initiatives, new innovation and campaigning.

The awards, which are in association with Y.CO, were judged by an esteemed panel chaired by Charles Clover, executive director of Blue Marine Foundation. Also judging the awards were: Sir Charles Dunstone, co-founder and former chairman of Carphone Warehouse and chairman of the TalkTalk Group; Ben Goldsmith, CEO of Menhaden Capital, a new green-focused investment trust; and Charlie Birkett, co-founder and CEO of Y.CO, the challenger brand of the global superyacht industry.

Sacha Bonsor, editor in chief, Boat International Media, said: “Boat International Media is committed to fixing one of the world’s largest solvable problems – the crisis in our oceans. We are delighted to have built a platform of recognition for the outstanding organizations and individuals working towards improving the health of the oceans. Our inspirational nominees and winners are driving awareness and implementing the change that can save our oceans, and they should all be immensely proud.”

Charles Clover, executive director, Blue Marine Foundation, said: “Studies show that although the oceans are now under serious threat, with decisive action their resilience and carbon absorption can be improved and overfishing reversed within 20 years. There are still huge challenges ahead but the work of our winners is promising, motivating and worthy of celebration. This is one area of conservation where we are winning.”

Adrian Grenier, actor and founder of the Lonely Whale Foundation, who was also shortlisted for an Ocean award, said: “The biggest threat to our oceans right now is non-action. Our oceans are resilient but only if we take collective steps towards protecting and rebuilding them. We need to protect 30 per cent of our oceans by 2030. Today, we’ve protected just three per cent. We have a long way to go but I’m ready for the challenge and the opportunity to engage a new community of environment leaders.”

Helena Christensen, model and environmentalist, said: “I have huge respect and admiration for the sea. There is hardly anything more magical; its power is infinite and ever-changing. Ocean life depends on a thriving coral reef and we are destroying it.”

Science Award: Daniel Pauly and Dirk Zeller, Sea Around Us, the University of British Columbia

The Seafarers’ Award, which celebrates an individual or group from the seafaring community that has made the biggest difference over the past year to advance marine conservation, went to Land Rover’s Ben Ainslie Racing partnership. Known as Land Rover BAR, the movement was driven by Dr Susie Tomson and inspired the British America’s Cup sailing team’s sustainability strategy. The team is recognized for its project to bring back native oysters to southern British water and ‘say no to single use plastic’ campaigns while using technology sustainably via ‘virtual chase boat’.

The Local Hero Award was picked up by Dennis Bryan Bait-it of Philippines-based Project Sharklink. A co-founder of Project Sharklink, Bait-it has worked to enhance the benefits of diver tourism to his local community. He was also recognized for bringing together local fishermen tasked with protecting Monad Shoal, the only place in the world where it is possible to dive with thresher sharks, by patrolling waters and reporting illegal shark fishing activity.

The Nature Conservancy created a groundbreaking marine investment model when it brokered a debt swap between the government of the Seychelles and its Paris Club creditors, restructuring the Seychelles’ debt in exchange for a commitment by the 115-island archipelago to invest in marine conservation. This innovation provides a model for other small island developing states and saw the Conservancy awarded the Innovation Award.

The Industry Group Agreement to cod fishery in the northern part of Northeast Atlantic won the Award for Responsible Business. This follows the statement made by industry bodies including fishing unions, fleets, supermarkets and processors not to trawl for cod in the waters around Svalbard and up to the North Pole until evidence showed no harm would be caused. McDonald’s Corporation played a major role in convening industry stakeholders around the question of protecting vulnerable marine habits in the Arctic. Other members of the group include the Norwegian Fishing Vessel Owners Association, Tesco, Young’s Seafood Ltd and Marks & Spencer.

Claire Nouvian was awarded the Policy Award for her work with the Deep Sea Conservation Coalition, leading to the EU to pass a ban on deep-sea bottom trawling in June 2016. Nouvian founded BLOOM in 2005, waging a campaign to highlight the damage caused by such practices.

Investigative journalist Ian Urbina was selected as the winner of the Public Education Award for his Outlaw Ocean Series, published in the New York Times between July 2015 and February 2016. Urbina traveled across 14 countries and five seas to bring the extent of lawlessness on the oceans into the public eye, encouraging criminal prosecutions and alerting governments to the enormity of the problem. There are now plans for a Netflix film of the series produced by Leonardo DiCaprio.

Following a visit to Palau to study coral reef preservation in 1976, Stuart Beck became a passionate supporter of the island nation, helping it gain independence, and later becoming its ambassador to the United Nations. Beck, who died last year, was honored with the Visionary Award for his work in establishing Palau as one of the strongest advocates for marine protection on the world stage. Beck is succeeded in his role by his wife Tulik.

On the 19th January 2016, Nature Communications published a study by Prof. Daniel Pauly and Dr Dirk Zeller, which showed that over the past 60 years the global fish catch had been about 50 per cent greater than official estimates suggested. The study, based on 10 years of collecting data, resulted in substantial media attention and is encouraging many countries to improve their monitoring of fisheries, control and enforcement approaches. Pauly and Zeller were awarded the highly coveted Science Award.