Formerly known as the Whitbread Round the World Race (1973 to 1997) and the Volvo Ocean Race (2001 to 2018), The Ocean Race is the premiere, fully-crewed, offshore race in the world and a pinnacle event in the sport of sailing.

Building on the multi-award winning Sustainability Programme from the 2017-18 Volvo Ocean Race, 11th Hour Racing has renewed and expanded its sponsorship of The Ocean Race. This visionary partnership, the largest of its kind in sport, will focus on a broad range of initiatives to promote the restoration of ocean health, embedding sustainability in all event operations.

As part of this cutting-edge ‘Racing with Purpose’ initiative, the partners have committed to a comprehensive action plan to initially:

“This is a unique opportunity to create a coalition between sport, business, and policymakers. Together, we have the power to deliver science and sustainability through the platform of sport. 11th Hour Racing is excited to continue its collaboration with The Ocean Race to create one of the most forward thinking  and unique sport sponsorships of our time.” – Wendy Schmidt, Co-founder of 11th Hour Racing and President of The Schmidt Family Foundation.

Since 1973, The Ocean Race has provided the ultimate test of a team and a human adventure like no other. Over four decades it has kept an almost mythical hold over some of the greatest sailors and been the proving ground for the legends of our sport.

While racing to the furthest points in the ocean from land, sailors continued to witness plastic pollution, raising awareness and demand to both reduce the Race’s environmental impact, and leverage this powerful global media platform that reaches millions of people to draw attention to the crisis facing our oceans.

Following the success of the ground-breaking and award-winning sustainability efforts in the 2017-18 Volvo Ocean Race, of which 11th Hour Racing was a Founding Principal Partner, sustainability will continue to be a core value of the Race doubling down on efforts to restore ocean health and to lead, inspire and engage fans on this critical issue.

The Ocean Race will start in Alicante, Spain, with two classes of boats racing: the high-tech, foiling IMOCA 60s and the one-design VO65 fleet that provided the closest race in the history of the event in the last edition.

The Right to Thrive

We bring sailors and ocean lovers together and amplify the voices and untold stories [...]

The Ocean Race is aiming to cut greenhouse gas emissions (GHGs) by up to 75% for the [...]

One Blue Voice will drive public support for ocean rights, with a global petition to [...] 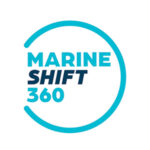