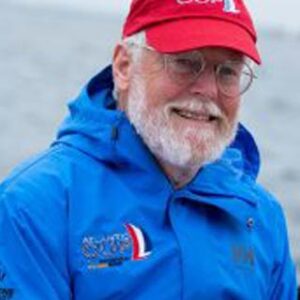 Nickname: Some people call me WhatTime (I seem to be challenged by prompt timing) Some call me Hans (Hans Solo from Star Wars)

Patagonia – I don’t know of another more proactive corporate model out there.

Cool Trick: Still working on that one. I’ll let you know when I have it perfected.

Bad Ass Moment: None. Bragging about Bad Ass Moments just get’s you in trouble. Saving my Karma for when we really need it!

Guilty Pleasure: Hershey’s Dark Chocolate Kisses… I couldn’t have made it around the world without these! Thank you, Hershey’s.

The Fridge: A few things I can’t identify any longer, some Quinoa Flour, orange juice, real butter, and chocolate.

Best Advice: If you make a mistake, tell the person what you did wrong, how you are going to fix it, and what it will be like when you are done fixing it. If they are still mad at you, it’s ok…you’ve done the best you can. No one can ever be mad at you for doing the best you can.

Fun fact: I’ve ridden all but one railroad line across, up or down the USA and Canada.

Published ‘Spirit of a Dream’

I’m passionate about the opportunity to share my life experience with younger kids, giving them a leg up on life as they grow and age. If we can teach them to respect the earth and the oceans, we will build a generation of new strength in our pursuit. In 1978, some friends and I held a recycling event once a month on Saturday mornings in the parking lot of the grocery store. People would come by and drop off their recycling – metal, glass, plastic, and aluminum – we’d gather it up and take it to the large recycling center, all at our own cost. Other people would question me as to why I was wasting my time with this. Here we are, 40 years later, and I am honored to see kids carrying a plastic bottle until they can find a recycling can, not just discarding it from their sight at first chance. Change comes through generations; 11th Hour Racing gives us the opportunity to educate people and spread this energy.”

Dave has been sailing since his first ride on a Sunfish off the beach on the southern shores of Lake Michigan at age 12. From there, he progressed through small boats – Lasers and Hobie Cats – to half-ton keelboats, 3/4 ton and 1-ton racing machines, and on up in size. He’s competed in many events, both crewed and solo, and is passionate about offshore sailing and primarily singlehanded sailing.

In 2011, he commissioned the construction of hull #3 of the Kiwi 40 FC Class 40 to prepare for and compete in the single-handed Global Ocean Race. After campaigning this boat, now named Bodacious Dream, for two years in Europe and North America, he learned that the Race was canceled. Adjusting to the situation, in October of 2013, he started an amazing journey on Bodacious Dream, eventually solo sailing 25,000 miles around the world. After leaving Jamestown, RI, and stopping in Cape Town, Wellington (NZ), the Galapagos Islands, and the Panama Canal, he returned home in June of 2014, creating a blog with educational materials for kids of all ages at www.bodaciousdreamexpeditions.com. Dave recently published a book on this journey as well, Spirit of a Dream and still races on Lake Michigan when he is home, enjoying the marvelous ocean of freshwater and its beautiful but evermore fragile ecosystems.

WHAT INSPIRED YOU TO BE AN 11th HOUR RACING AMBASSADOR?

The Great Lakes have been my home since I was nine years old. I’ve grown up in the middle of the Indiana Dunes National Lakeshore Park and have a keen relationship with wild areas regardless of where they are. I love the open desert as much as the wide ocean. I’ve experienced first-hand the health of the ocean and have shed tears with dolphins as they swim through polluted waters. I’ve had my share of good times sailing, now it’s time to give back. It’s time, friends. It’s time to work on this problem. The ocean can heal if we stop beating it up.

I actively engage my sailing community, and am committed to youth education and ocean stewardship.

My efforts engage young people, some sailors, some not, and share with them the life experience that have so richly enhanced my life in hopes that I can inspire them to consider the world as their playground, and care for it as if it were their own back yard.

Through speaking and writing engagements, I challenge adults to consider their effect on the world and to support and inspire the young people in their lives to pursue their dreams.

I continue to work with the Kids Education Program at the Atlantic Cup Race and provide support to the Chicago Maritime Arts Center, teaching a course or two when I have time.

Investing in our planet is an investment in our future, because when the ocean wins, we all win.

We join people around the world to celebrate women with the shared goal of creating an equal world that is free of stereotypes.

He carried a message of awareness about the conservation of the world’s glaciers and the value of water.

The kids are back to school and back #onthewater w

We all want to see a thriving, colorful ocean – an

At sea, the sun reveals its many personalities, an

#TBT ⚡ to when we spent the day with @11thhourte 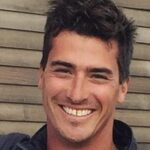 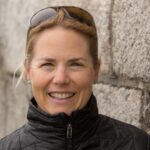