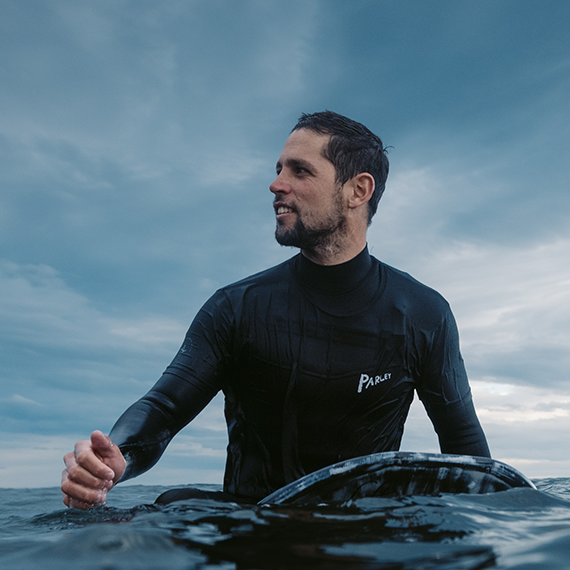 Yago Lange is an Argentine Olympic sailor, environmental activist, and communicator. His focus is creating awareness on the health of the ocean and making an impact with simple actions to create positive change. Uniting a network of more than 2,000 volunteers, he has organized more than 20 coastal cleanups throughout Argentina and Europe in one year. In a single cleanup, they removed around 10 tons of garbage from the shore of the River Plate, an Argentine professional sports club based in the Núñez neighborhood of Buenos Aires. Additionally, he organized a cleanup with 400 school kids and brought together 45 sailing clubs at once for a massive cleanup, which expanded powerfully on social media under the #limpiemos (let’s clean) motto. The International Olympic Committee recognized his initiatives by handing him their environmental prize in 2019. He is Argentina’s director of Parley. Lange is a natural team builder and innovator, providing real action and solutions to a worldwide concern, through the language of sports, adventure, and outdoor lifestyle.

I see 11th Hour Racing doing great stuff around the sailing world and I wanted to be part of that. I believe that if we connect different visions we become stronger. I feel that, as sailors, we have a lot of knowledge of the ocean’s health and we need to raise our voice. Athletes such as football players get to have someone clean their stadium every day…as sailors, we don’t have that, so we should try to do it ourselves and turn the tide into positive actions.

Since a young age, I enjoyed many activities in our hometown in Argentina, by the river, with my brothers. In the present, it became painful to see how polluted it is. We used to live on a boat, so every day we were in contact with the water and those became the best memories of my life. As a sailor, I got the chance to sail in many countries and I realized that we are the first ones who should aim to protect the oceans with our own daily actions.

Project mission: Using the power of sport to raise awareness of plastic pollution in remote places, the importance of glaciers, and share solutions to how our everyday actions impact the environment