The Ocean Race, the world’s toughest test of a team in sport and an industry leader in sustainability, and the Intergovernmental Oceanographic Commission of UNESCO (IOC-UNESCO), are joining forces to help increase understanding of the ocean and inspire action to protect it.

The partnership hopes to contribute to global ocean action, in what is set to be a significant year for the seas, starting with the One Ocean Summit in Brest, France, which starts today and aims to increase international action and drive tangible commitments.

The new collaboration combines The Ocean Race’s unrivalled experience of the seas, from nearly 50 years of around-the-world racing, with the IOC’s leadership in ocean science and sustainable ocean management. The partnership will use the Race’s global platform to raise awareness of the impact that people are having on the ocean and the vital role that it plays in our lives.

As an Impact Collaborator the IOC will work with The Ocean Race on its science programme, which gathers data about the state of the marine environment, including in remote parts of the ocean that are largely inaccessible to research vessels. The partners will work together to ensure the data collected by the sailing teams helps to advance ocean research with the support of the UN Decade of Ocean Science for Sustainable Development (2021-2030), which is now in its second year. Data will contribute to the IOC-led Global Ocean Observing System and other organisations who are tracking key ocean threats, such as marine debris, microplastics and acidification (a key indicator of climate change).

Vladimir Ryabinin, Executive Secretary of IOC-UNESCO, said: “Creating the ocean we want by 2030 – an ocean that is healthy, resilient, sustainable, safe, and inspiring – is the central objective of the UN Ocean Decade, and from the start it has been clear that we need to broadly partner across science, government, philanthropy and civil society to achieve that. Since 2015 we have been in partnership with the sailing world through the IMOCA Class, and I think our new partnership with The Ocean Race demonstrates this community’s growing commitment to understanding and protecting the ocean.”

The IOC will also be involved in The Ocean Race Summits, which bring together global decision-makers to help to drive new and improved policies to protect and govern the ocean, and will help to amplify The Ocean Race’s Learning programme, which teaches children about the importance of the seas. During the next round-the-world Race, which starts in January 2023, the partners will engage children in the eight Race Villages (the Race’s event site in each stopover city), where ocean health will be a central theme.

Richard Brisius, Race Chairman at The Ocean Race said: “The Ocean Race and IOC-UNESCO share a common goal of raising awareness of the vital role that the ocean plays in sustaining all life on Earth. Only by growing understanding of our blue planet can we drive greater action to protect it. We share the same values as the IOC and by combining their expertise in ocean science and our global platform we can inspire audiences – like the sailing community, sports industry, businesses, host cities, governments, fans and sponsors – to make change that supports a healthy, thriving ocean.”

The collaboration builds on the growing relationship between the two organisations, which has included Dr. Ryabinin speaking at The Ocean Race Summit in The Hague in 2020 and the endorsement of several of The Ocean Race’s activities by the UN Decade of Ocean Science for Sustainable Development. The Decade is a global movement to unlock the knowledge needed to reverse the cycle of decline in ocean health and create improved conditions for sustainable development of the ocean.

Partnerships are a key element of The Ocean Race’s multi-award winning ‘Racing with Purpose’ sustainability programme, which brings together a range of tangible ways that the Race can have a positive impact on the marine environment. Working with 11th Hour Racing – the Founding Partner of the Racing with Purpose programme and a Premier Partner of The Ocean Race, The Ocean Race is holding high-level summits to drive global decision-makers to create policies to protect and govern the ocean, contributing vital data about the state of the seas to leading scientific organisations, equipping children with the knowledge to help the ocean and much more. 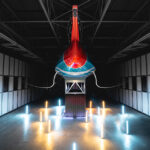 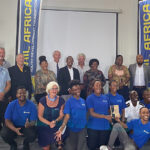 Sail Africa on Promoting Diversity and Making Change for GoodSustainability