“11th Hour Racing is committed to addressing the global water crisis through innovation,” says Todd McGuire, Program Director of 11th Hour Racing. “While visiting Cape Town during the Volvo Ocean Race last December, the city was and still is, heavily impacted by drought. We saw firsthand the impact of global water scarcity issues around the world and how this disproportionately affects underprivileged communities. By shining a spotlight on and supporting entrepreneurs confronting problems shared by communities around the world, we can position them for scale and bolster our collective efforts for a water-secure future.”

The Challenge’s Founding Partners have committed up to $1,000,000 in cash prizes, pilot funding awards, and investment. Each winner will be showcased in Stockholm during World Water Week on August 26-31, 2018. “Over the next three decades, projected demand for water in cities will increase by 70% resulting in more scenarios similar to Cape Town, which is suffering acute drinking water scarcity,” says Anders Jacobson, Bluewater President, and Chief Strategy Officer. “This competition unlocks the resources to validate and scale three promising solutions that prove the benefits of smarter water management in the face of rapid urbanization and looming drinking water shortages.”

Evaluated on the basis of commercial viability, impact and market readiness, the winning startups merge technology with innovative business models to improve the reach and sustainability of drinking water services:

Drinkwell (Bangladesh), is addressing the problem of safe water access in Dhaka, the most densely populated city in the world. Three million people in Dhaka live in low-income communities, and most are forced to drink unsafe water from illegal sources. To combat this issue, Drinkwell is expanding its low electricity, pay-as-you-go water purification stations that remove arsenic from water — a persistent problem throughout the country.

Spout (United States), formerly named Microlyze, is deploying real-time water testing devices to empower households and provide cost-effective monitoring for utility companies. An estimated 22 million people are exposed to lead and other contaminants through their water in the US, often due to aging infrastructure in cities. Microlyze’s tool for analyzing can easily be attached to a smartphone, which delivers results in minutes and can be crowdsourced across a given community and accessed by the utility to uncover potential threats and inform on infrastructure improvements and more.

SmartTerra (India), is equipping second-tier Indian cities, over 5,000 of which provide water intermittently, with the tools for data-driven decision making to improve delivery and access of water to the underserved. Growth in these cities outpaces infrastructure improvements, and therefore water supply is often unequal leaving large segments of the population without safe and reliable access. Water stress affecting millions magnifies these challenges, and preventable deaths to unsafe drinking water remain high.

The evaluation committee for the 2018 Urban Drinking Water Challenge included a diverse group of experts from institutions including the World Bank, Grundfos, The Schmidt Family Foundation, Anaergia, Rotoplas, Xylem, Aquaya Institute and Water & Sanitation for the Urban Poor.

The Plastic Free July challenge is the perfect opportunity to maximize your commitment to reducing or refusing single-use plastics.

Collaboration, respect, and accurate information a

“Shifting the way we feel, think, and act will c

It’s #CleanBeachesWeek and it is no coincidence

What do shrink-wrap, polystyrene, and derelict #fi

Happy #NationalBoatingDay!
Just a reminder to get

Tomorrow kicks off @PlasticFreeJuly!
Who's up for

Due to COVID-19, The @littleoptimist canceled thei

When it comes to climate adaptation, nature-based 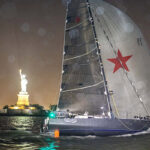 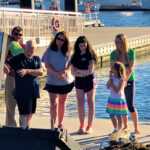