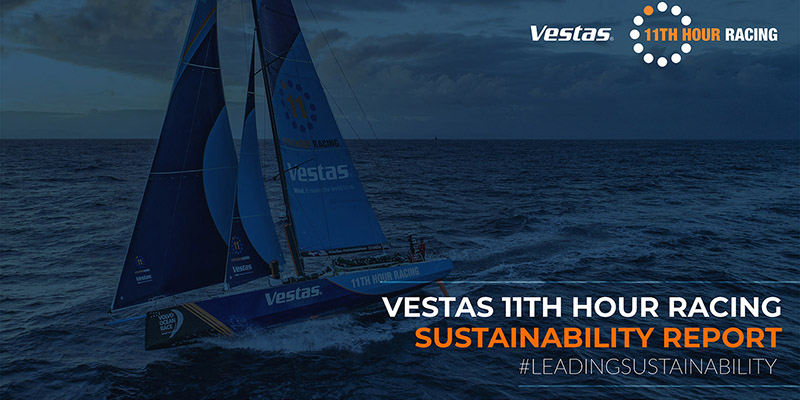 Vestas 11th Hour Racing has issued the team’s Sustainability Report, detailing the efforts throughout the one-year campaign that made them the most sustainable team to ever compete in the Volvo Ocean Race. The 33-page report dives deeply into their strategy and plan, giving insights into how they tracked and offset their carbon footprint while offering practical ideas and tools to inspire other sailors, teams, and event organizers.

“In the face of incredible adversity throughout their year-long journey, Vestas 11th Hour Racing set the bar for other Volvo Ocean Race teams to follow: competitive on the water, leading the way along the path of sustainability and leaving each host city a little better than when they arrived. Charlie, Mark and the rest of the team developed and implemented several tools that are being adopted by their peers and other sailors around the world. Building off of this partnership together, we are creating a network of educated sports fans around the world who bring their local solutions to global challenges facing the health of our waters.” – Jeremy Pochman, Co-Founder and Strategic Director, 11th Hour Racing.

Highlights of the report include:

“We managed to significantly reduce our footprint, educated thousands of fans on renewable energy and plastic pollution, and most importantly we were able to leave a lasting legacy” noted Damian Foxall, Sustainability Manager, Vestas 11th Hour Racing. “Our team’s unique journey has been a hugely rich experience and having a mission beyond winning the race galvanized our crew members. At each stopover, our sailors learned from the grantee about local environmental issues, and in turn became spokespeople for the topic, sharing solutions to reverse these problems. Watching my teammates embrace this role has given me a strong belief that our sport has a key role to play in the future of our ocean.”

In addition to their internal efforts, the team used the platform of the Volvo Ocean Race to raise awareness on the plight of our oceans and share tangible solutions. This included:

To view the full Vestas 11th Hour Racing Sustainability Report, please click here. If you have questions or are interested in speaking with one of the sailors about the efforts of the team, please use the media contacts below. 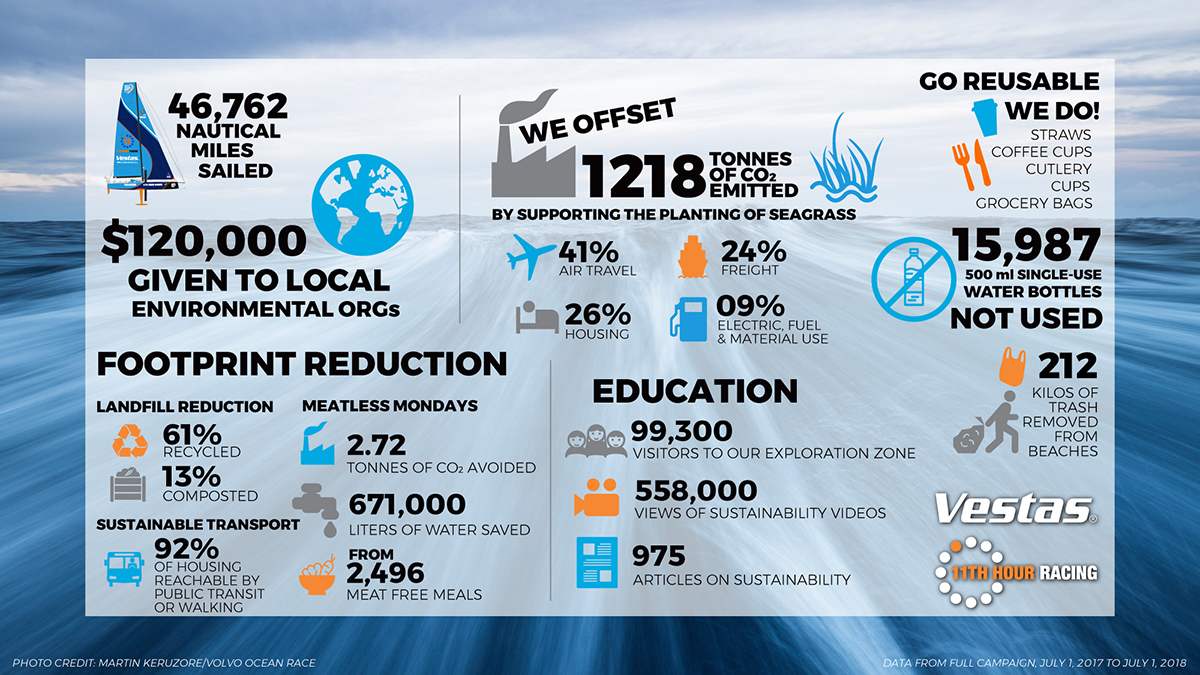