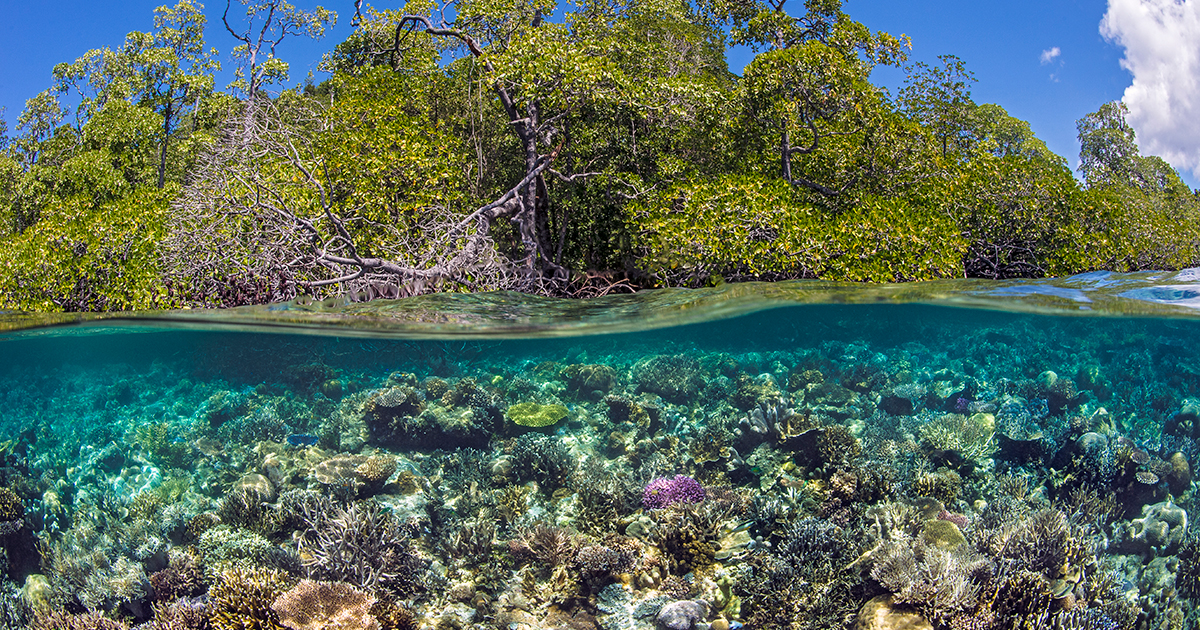 In a unique collaboration of art and sport, 11th Hour Racing today announced its sponsorship of The Ocean Agency to provide a database of photos and engage the public with information on mangroves, coral reefs, and seagrass conservation and sustainability issues.

11th Hour Racing will sponsor one of The Ocean Agency’s three Ocean Decade Creative Communication Toolkits focused on mangroves and the production of a video about the impacts of climate change on the ocean from a sailor’s perspective.

These initiatives are part of a larger program developed with UNESCO for the Decade of Ocean Science for Sustainable Development to address the current broad lack of understanding and interest in many ocean issues and relevant solutions. The mangrove Toolkit will launch alongside the UNESCO Exhibition of Creativity for the Ocean Decade in Paris, France, on July 26th, World Mangrove Day.

“Sailors only experience what’s above the surface. This sponsorship enables sports fans to dive beneath the surface to explore and appreciate ecosystems that play a critical role in mitigating the impacts of climate change. These ecological masterpieces are an integral part of ocean health, but their beauty has the power to capture people’s imagination,” noted Todd McGuire, managing director of 11th Hour Racing.

The Ocean Decade Creative Communication Toolkits will include free access to professional-quality images, video, infographics, and information, for non-commercial use and approved commercial use. The Ocean Agency will introduce two more Toolkits focused on coral reef and seagrass ecosystems in August and September. The Toolkits are designed to make communication about these ecosystems easier, more compelling, and effective.

The Ocean Change Video will feature professional sailor Charlie Enright, co-founder and skipper of 11th Hour Racing Team. Through innovative science communication, the video aims to reach and inspire mainstream audiences conveying the spirit and excitement of ocean racing and the idea of overcoming the toughest challenges. Two other videos will be introduced later this year to create a series featuring other ocean athletes.

“2021 marks the start of the UN Ocean Decade. It is a pivotal ten years for the ocean, which has reached a tipping point due to the combined impacts of climate change, pollution, and overfishing. Our aim is to help transform the image of ocean science and conservation and create a new level of interest and support. It’s an opportunity to raise fundamental awareness about ocean change and the critical importance of restoring ocean health and help ensure ocean protection is prioritized at this critical time,” commented Richard Vevers, CEO and founder of The Ocean Agency.

The Creative Communication Toolkits and the Ocean Change Videos will feature the collaboration of key stakeholders, which include over 100 world-class photographers and videographers from around the world; UN Environment Programme and The University of Rhode Island as science and conservation partners; UNESCO as Ocean Decade partner; and Adobe and Cutters Studio as creativity partners.

Media are invited to view and use images from The Ocean Agency’s Digital Image Bank, which provides access to free, high-quality photos of habitats critical to marine life.