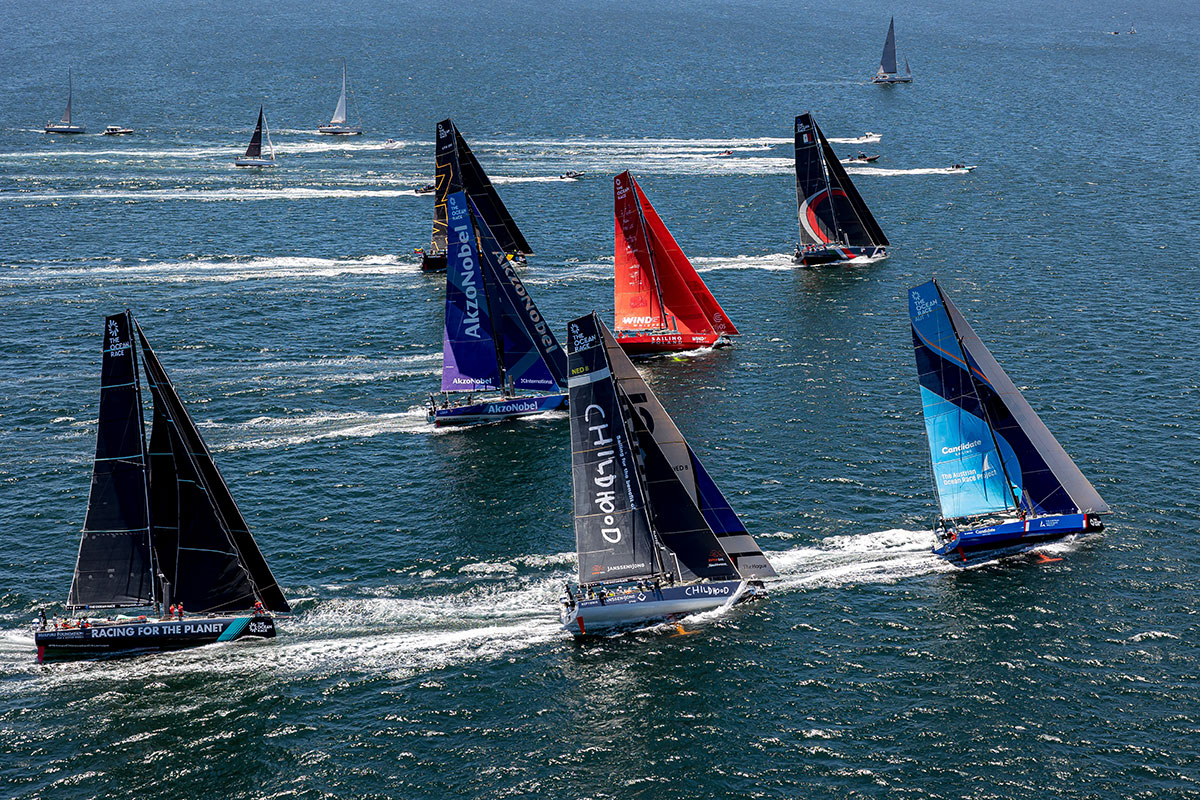 The Ocean Race Summit Europe today shone a spotlight on ocean ‘rights’, the Green Deal through a blue lens, the climate crisis, and inspiring examples of nature-based solutions in Europe, as part of a packed agenda that included the President of the European Commission, the former President of the Republic of Palau, sailors and youth leaders.

Ursula von der Leyen, President of the European Commission (EC), spoke about the strong commitments that the EC is taking to protect and restore the seas, announcing that the Commission will “update its international ocean agenda next year” and “focus its diplomatic energy on protecting the oceans”.

The President noted the importance of standing up for ocean rights: “The Ocean Race has now been sailing the waves for almost fifty years. The ocean is your arena. And every day you feel its unique strength and power. But you also sense and see its growing fragility. You have seen it change and suffer. You are helping it to heal… It (the ocean) has no voice in our public debate. I salute you for speaking up for it!”

Carl-Henric Svanberg, Chairman of the European Round Table for Industry, also spoke of the importance of giving nature rights. “We have a total commitment to living in harmony with nature. To give the ocean legal rights is absolutely key. Nobody owns the ocean, it’s everybody’s, but that means it doesn’t have any rights.”

The Summit series has been developed in collaboration with 11th Hour Racing, Premier Partner of The Ocean Race, and Founding Partner of the Racing with Purpose sustainability programme. Our current series of 12 Summits, which take place between 2019 and 2023, is helping to drive new and improved policies around the major issues affecting the ocean.

Richard Brisius, Race Chairman of The Ocean Race, speaking live from The Ocean Race headquarters in Alicante, Spain, opened the Summit by explaining the ambition behind the event: “Our Purpose is to unite people to achieve the extraordinary, and to contribute to a healthier Ocean and Planet. The ocean still receives far too little attention from world leaders. We want to help accelerate the change that is desperately needed. We want the summits to help drive new and improved policies for the ocean: effective governance, functioning protection, and to mitigate climate change.”

Recognition of the important role that the ocean plays in planetary health and re-examining our relationship with the marine world were prominent themes in the event. The exploration of ocean ‘rights’ was high on the agenda, with some of the world’s leading experts in the field explaining why it could help to provide a thriving, sustainable future for all life on Earth.

Mumta Ito, Founder of Nature’s Rights said: “The rights of nature are our most fundamental right, but it’s missing from the legal system. A common misconception is its nature against humans.” Valerie Cabanes from End Ecocide on Earth wants ecocide to be a crime around the world, explaining: “We need to recognise nature’s rights to exist, to evolve, to regenerate, not to be polluted.”

Mar Menor, in Murcia, Spain – Europe’s largest salt lagoon – was highlighted as an example of why rights are needed as, despite being protected, the water continues to be polluted. Teresa Vicente Giménez, a Professor of philosophy of law at Murcia University, and an advocate for the rights of nature, is campaigning for Mar Menor to have the same right as the commercial entities and corporations that pollute it. She said: “We need to recognize the ecological truth, that nature does not belong to human beings, but that human beings are one more species that belongs to nature.”

THE VOICE OF SAILING

The Summit, which was hosted by renowned television presenter and science communicator Danni Washington, featured the unique perspectives of sailors, who have unrivalled experiences of the ocean, and highlighted the power of sport in driving change.

Annie Lush, one of the sailors currently racing in The Ocean Race Europe with Offshore Team Germany, spoke about what life is like on the High Seas and how offshore racers are helping scientists to understand climate and weather systems. She urged for greater understanding of the world’s biggest habitat: “The problem for the ocean is, it doesn’t have a voice that we can hear and it’s out of sight, out of mind. It’s very easy to ignore it. Everything that’s fundamental to our life needs to have a voice.”

During the event, Mark Towill, CEO of 11th Hour Racing Team launched the Sustainability Toolbox – a suite of guides, tools, and templates – that any organisation can use to put in place their own sustainability program, to help reduce their impact on the planet.

As a country leading the way in ocean protection, by making 80% of its waters a national marine sanctuary, Palau has successfully safeguarded its marine environment, while creating healthy and sustainable fish stocks. Tommy E. Remengesau, former President of the Republic of Palau, told the Summit: “Countries need to have stronger and robust laws to protect their waters, protect their environment and protect their people. We should not be greedy, we should think about our children.”

Virginijus Sinkevičius the European Commissioner for Environment, Oceans and Fisheries said: “The seas and ocean belong to all of us. We must move away from a “first come, first serve approach”. Thus the economic opportunities the ocean creates need to be planned carefully to secure space for all, find synergies and protect the fragile marine ecosystems from pollution and overexploitation.”

The Summit highlighted innovative blue carbon projects from across Europe to help inspire greater uptake of nature-based solutions, including ‘Green Gravel’, an initiative by SeaForester, to restore kelp – the ”forgotten forests of our oceans” – currently being trialled in Cascais, Portugal. Participants – which included government, science, industry, NGOs, media and sport – also heard about a new app, being used in the busy tourist destination of Formentera, Ibiza, that indicates to sailors where they can drop anchor to avoid seagrass.

The Summit took place during The Ocean Race Europe, which started on 29th May in Lorient, France and will finish in Genova, Italy this weekend. The Race had a prologue event, which stopped at cities in Northern Europe. During the Summit, senior political representatives from six of the cities along the route made commitments. Mayor Bucci of Genova, Italy, announced that the harbour will be completely sustainably operated by 2026 and President Loher of Lorient Agglomeration, France, revealed the establishment of floating wind farms at sea, which will contribute to two thirds of the community’s electricity by 2030. Commitments were also made by Cascais (Portugal), Stockholm (Sweden), Klaipeda (Lithuania) and Valencia Region (Spain).

The Summit is endorsed by the United Nations Decade of Ocean Science for Sustainable Development and it is held under the patronage of Virginijus Sinkevičius, European Commissioner for Environment, Oceans and Fisheries. The Summits support the United Nations Sustainable Development Goal 14 (SDG14) to Conserve and sustainably use the oceans, seas and marine resources.

The Summit, which was held virtually, is available to view on
The Ocean Race: Racing with Purpose YouTube channel.