11th Hour Racing Ambassador Anthony Kotoun used his passion for fishing as a catalyst to inspire Mystic Aquarium to help foster connections between the recreational fishing community and the coastal ecosystems to increase environmental stewardship.

We sat down with Anthony for a first-hand look at why he wanted to work with Mystic Aquarium to create the Fishing Community Marine Debris Prevention Project, in addition to learning more about his life as a professional sailor and 11th Hour Racing Ambassador.

When you go fishing, what measures do you take to make sure your gear doesn’t pollute the sea?

Having the proper gear is a must. Saltwater fishing is hard on my equipment, and the fish are big and strong. Breaking a fishing line often means that some of it is left in the ocean, or even worse, still attached to the fish. Having the proper gear also helps the fish survive the catch and release, which is why I opt for heavy-duty equipment, to get the fish reeled in faster. Then I can release the fish while it still has energy. I also opt for single hooks, and I crush the barbs to reduce the impact on the fish.

What type of gear or debris do you most commonly remove from the ocean or shoreline?

I most commonly see plastic bags, including ice bags, grocery bags, ziplock bags, or garbage bags. These items are widely used and often set aside or forgotten about after the first use. For instance, in Newport, we hardly ever get Northeast storms, but when we do, the beaches that are downwind of town, such as the Fort Adams State Park beach, are often covered with bags that have blown into the water from the America’s Cup Avenue and Thames Street area. The second most common item I see is mylar balloons. These balloons are very tough, and they last a long time in the ocean. These types of trash are of serious concern as both resemble a jellyfish floating in the sea, typical food for sea turtles. Once consumed, they can’t be digested and block the internal organs of sea animals. Just imagine yourself swallowing a whole garbage bag, and what it would do to your insides.

Your bio notes your hidden talent of being able to smell trouble from far out. Has this helped you when spending time on the ocean?

I’m always trying to be observant and notice what’s going on in the surrounding area. Sometimes this helps me see some cool stuff, other times it gives me a quick heads up that something I might want to avoid is not far off. Last fall while parked on Ocean Drive in Newport, a spot I go to every few days, I looked out and saw a whale less than 100’ from the road. No one near me had any idea it was there.

Can you give a word of advice to folks who are curious about how to lessen their impact on our local waterways?

Just think through the process of the stuff you buy. If you’re going out on a boat, or to the beach, try to get rid of all packaging that can easily blow away beforehand. It also helps to have a pre-planned system on board for dealing with the trash that you create or when you pick up debris out of the water — you need to ensure it is properly stored so it won’t blow away.

What sort of results do you hope to see from Mystic Aquarium’s Marine Debris Prevention Project?

I hope to see a cleaner shoreline. I’ve seen a lot of trash along the shoreline created by the fishing community. While fishing, people are often in the same spot for hours, and it can lead to a massive mess, whether it is fishing gear packaging or food and drink containers. Additionally, bottom fishing leads to a lot of gear getting snagged on the bottom, which can result in discarded hooks along the rocks at low tide. I hope that the Mystic Aquarium can help people understand that what they are doing is harmful and disrespectful to the environment. Leaving trash behind could also become a threat to ocean access for fishing, as many hotels or private properties will want to reduce access if their beach or rocks are getting trashed and they end up spending staff time to clean up the mess.

How does your role as an 11th Hour Racing ambassador fit in with your professional career, and how does it impact your personal life?

Being an ambassador is about spreading the message to the various teams I get to sail with, and helping them make more sustainable decisions. Each team tends to go at its own pace, but lately, it seems like every team is working towards lessening their impact. As far as my personal life, its fun to keep expanding and seeing how I can further a less impactful way of life.

Last question — how did you learn to foil?

I spent a lot of time in the water while learning, but my appreciation for speed kept me keen to learn. Foiling lets a boat break free from traditional sailing speeds and that newfound freedom is pretty addicting! Foiling boats speak to you more than a conventional boat and its fun to listen, experiment and see what the boat likes. 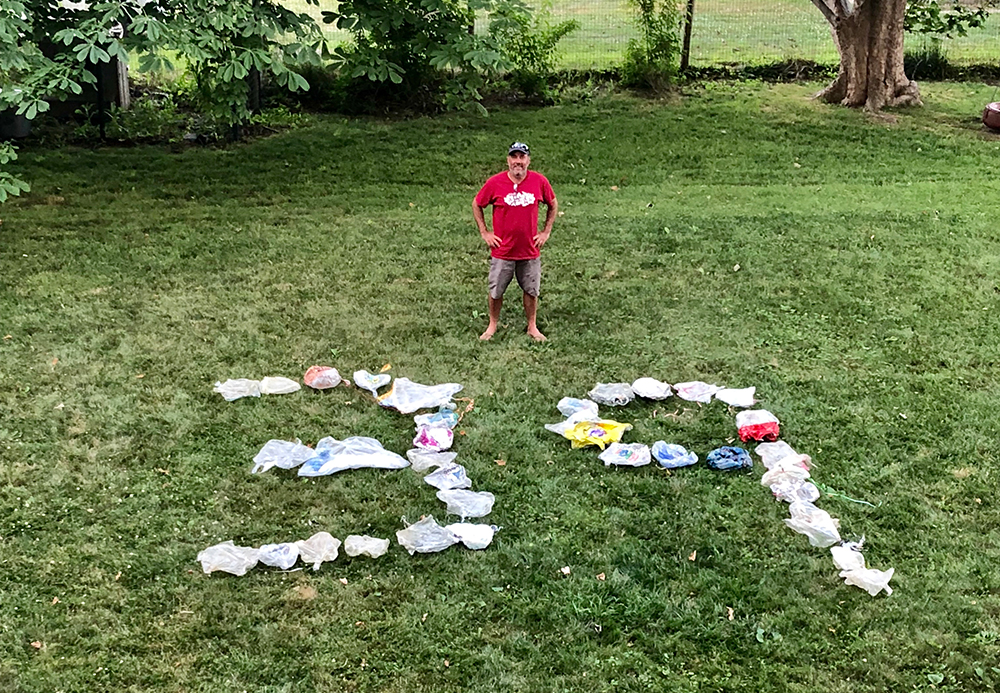 Ambassador Anthony Kotoun recovered 39 mylar balloons from the ocean in just one week, while fishing on Block Island.

⭐️ Our Ambassadors work closely with their grantees to help combat plastic pollution and inspire the next generation to protect our ocean by fostering connections to the sea through water sports. 🌊⛵️🛶

Read all about it via Seahorse Sailing Magazine! 🙌 … See MoreSee Less

Going back to grassroots – Seahorse Magazine 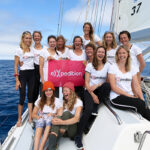 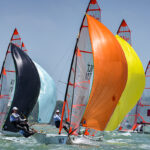